In a City of Adelaide meeting discussing how council can grow its bottom line, councillor Jessy Khera said the "net public good" should be considered while canvassing revenue-raising opportunities.

CityMag catches up with central ward councillor Jessy Khera a week after a council committee meeting discussed ways to increase its revenue.

During the meeting, members listened to commercial services consultant Mark Booth, who offered suggestions on how the organisation could support city growth as debt loomed over the council.

Mark’s pitch asked councillors to consider “strategic” property development and land acquisition, reducing “leakage” from the council rates base – such as universities, which under the Local Government Act are exempt from paying council rates – and increasing commercial revenue operations such as advertising, car parking and naming rights.

Amid the discussion, councillor Khera – the individual who last year brought you Driver’s Month – said while it’s important to maximise how much money can be made, the council should also try to gauge the “net public good” of certain initiatives.

Khera tells CityMag these comments were made “in a discussion where it’s accepted by everyone that it’s good for us to increase revenue”. But he made the comments to ensure his colleagues are “mindful” when making public policy decisions.

“For example, if we increase paid parking to particular areas, we may increase our revenue, but will that come at the expense of commuters? Will that cause less people to visit the city?” he says.

“The other thing is advertising. We can increase advertising if we wished, with billboards on council property, but that will cause a potential decline in public amenity.”

Khera says the net public good of certain motions or ideas shouldn’t be measured through rigid criteria, but rather through common sense.

Biela McMillan is the managing director of WellCity Adelaide, a local organisation advocating for public wellbeing, and says net public good can and should be measured using defined criteria.

“Wellbeing means nothing unless it’s applied to a particular context and driven by specific values. It can be achieved with defined parameters and KPIs,” she says.

“Everyone defines this for themselves, but WellCity Adelaide has specific values.”

These values, according to WellCity Adelaide’s website, include community and connection, the built and natural environment, and finance, amongst other pillars.

“There’s the basics like gender pay equity or giving people opportunities to do community service leave,” she says.

“There are actually three buildings in Adelaide that already do that.”

At the end of May, the City of Adelaide launched a Wellbeing Dashboard, which measures the feelings of city-dwellers by comparing answers from resident samples. It has data on unemployment, health, happiness and social connection, and can tell you who the average ratepayer is and how they feel.

Lord Mayor Sandy Verschoor told Town Hall at the most recent council meeting, “wellbeing is vital to the long-term prosperity of the city”. She said she is proud to deliver the Wellbeing Dashboard in collaboration with the State Government.

When we ask councillor Khera whether he sees any way the City of Adelaide is forfeiting the net public good of its ratepayers for financial purposes as it attempts to climb out of debt, he says this is not occurring at the moment.

“I think we should always have the discussion about revenue raising. It’s an important key aspect of how we govern ourselves,” he says.

“But I think the focus has been on accomplishing efficiencies. From what I’ve seen with efficiencies, it’s rethinking how we use our assets in ways that provide a greater return for ratepayers.”

Khera does offer us an example of a public amenity that, he believes, detracts from the net public good – the rise of electronic advertising screens in public spaces. 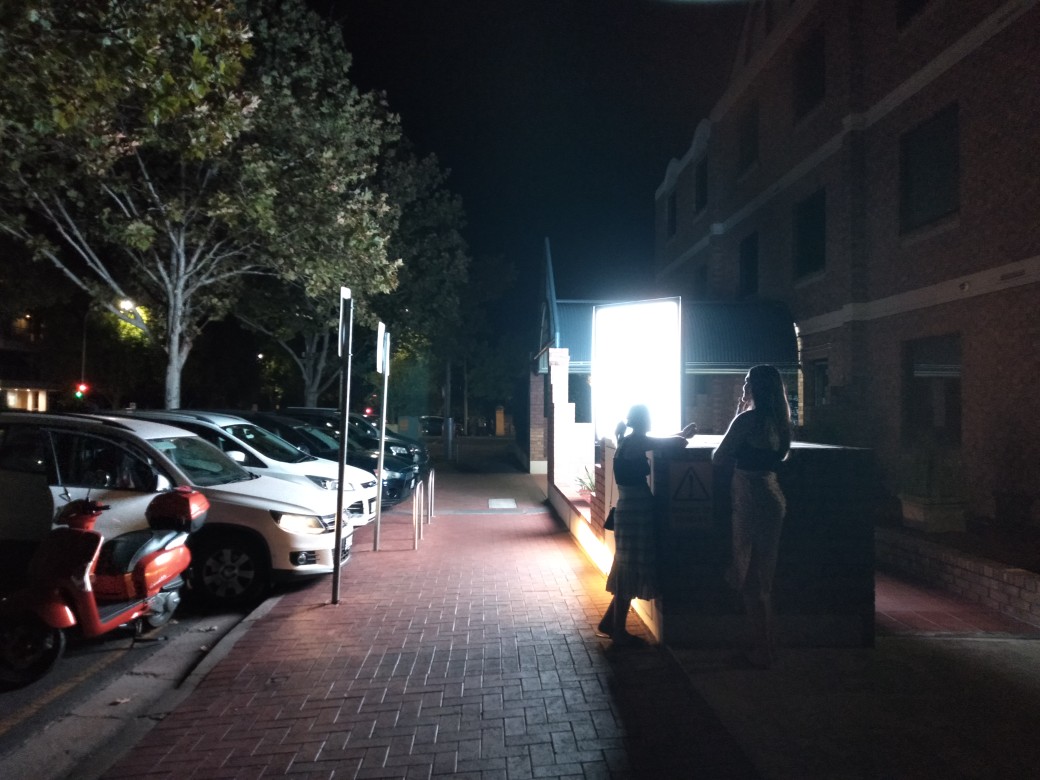 A blindingly bright sign on Hutt Street which was the impetus behind Councillor Jessy Khera’s motion. This picture: Jessy Khera

Councillor Khera first mentioned this in a motion at a May council meeting, after noticing what he calls an “insane” advertisement on Hutt Street.

“The very bright advertising we’ve seen encroaching in the public spaces has been brought about… because [the council has] a gap in our powers,” he says.

“That motion sought to address what powers we have and what we should seek from the State Government in order that we can properly regulate brightly lit advertising.”