Home for the holidays

For Adelaide-based Khab Architects, a humble brief at a difficult seaside location was an opportunity to express the importance of quality, considered design.

Years ago, at a vacant block on Seaview Road in Henley Beach South, a young couple saw a vision of a home which referenced the quaint (and quintessential) Australian tin beach shack.

The site is obscured to the north by a three-storey property, but has a view south over Karrawirra Parri River Torrens, and is oriented west to where the river meets the ocean.

The couple took their brief to CBD-based Khab Architects, founded and run by Kirsty Hewitt and Adam Brown, who saw much alignment between the project and their firm’s values.

Khab has been running for a decade, and through their residential work they have tried to promote the more considered use of space – treating quality of built environment as a more important metric than quantity of cubic metres.

“We would much rather reduce a footprint and become really clever and economical with how we design something, so that what we do design can be quite richly considered and work in many ways to achieve the brief,” Kirsty says.

The Henley Beach South site is long and thin, with not a lot of space to play with, but this quality-led approach is starkly evident in the end result, when juxtaposed against its multi-storey neighbours.

Thankfully, the client shared this philosophy. The site itself, however, was far less agreeable. 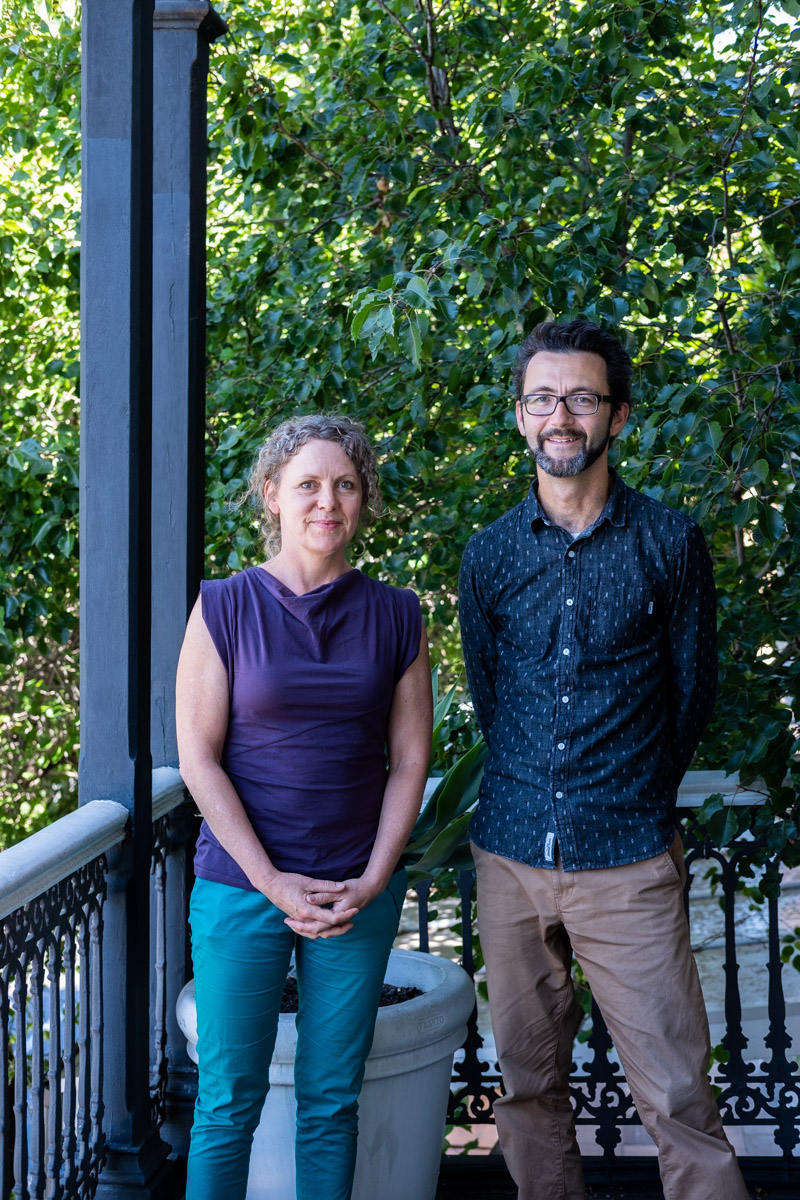 Being only metres away from shore, the building, called Spinifex House, needed to withstand the many forms of battering a seaside home is regularly subjected to: wind, sand, stormy conditions, moisture and intense sun.

On the couple’s list of wants was an outdoor entertaining space and views of the ocean. The easy solution would have been to orient the property west and situate a deck out front, but Kirsty and Adam saw much potential in the site’s neighbouring river and nature reserve. Orienting in this direction provided an opportunity to shield the entertaining space from the westward elements.

“A lot of the planning of this was how to get that balcony, deck area tucked in, but still having a view. So it’s got this balance of protection and view,” Kirsty says.

The deck is also the first element you’ll encounter when entering the house from the front – another beach shack reference.

“All of the sand falls off your feet and then you’re in the door, so there’s no real formal front door in that way,” Adam says.

“Even though it is their full-time house, I think there was a real aspiration that you could feel like you were on a beach holiday all the time there, really.”

Views from inside the house were just as important, and the original brief included a floor-to-ceiling window at the front of the property.

Taking into consideration the elements, the intensity of a coastal sunset, and the suburban surroundings, Kirsty and Adam convinced the client to instead frame a perfect view of the ocean (helped by shifting the orientation ever so slightly south) that would work on multiple levels within the house.

“Once you get that perfect, you block out all of the visual noise of [traffic] below,” Kirsty explains. 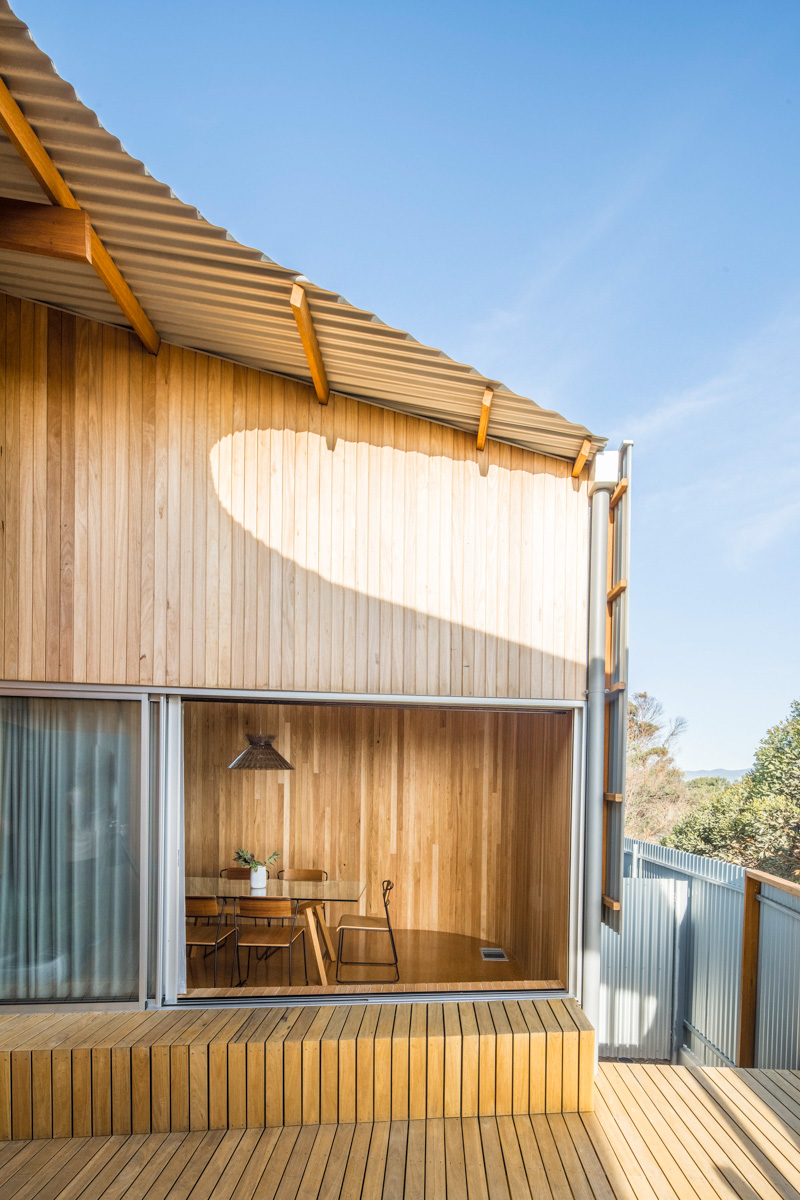 With its timber and corrugated tin aesthetic, Spinifex House is a unique amongst its neighbourhood in its quiet confidence and acceptance of the place in which it exists.

“It feels like it belongs there. It’s tailored. And that’s the key difference,” Kirsty says.

“We would like to think what sets us apart from lots of architects… is that it’s about a responsiveness rather than a putting [our] style and brand to that site.”

“We both feel like that’s one of the great benefits of coming to an architect,” Adam continues. “You get that really adapted, customised response that is made for you, and for this site, and for that time, and for that place.”