Behind the doors of an old warehouse on Gilbert Street lies a shop that is not just a magnet for Adelaide’s BMX riders, but also a symbol of a rapidly evolving and expanding niche business.

For the last few years, Matt Hodgson has been running his business, Little Black Bike (LBB), out of a small space on a dead-end laneway in the southwest corner of the city.

“We were only in that premises because our old building got bought and we had a very short amount of time to find somewhere,” he says.

“But I have always wanted a small warehouse. Small warehouses in the city are either really shit or really expensive and there’s no middle ground where I would sit.”

One evening though, while Matt was sipping a knock-off wine, exactly the kind of warehouse he was after appeared before him.

Over the road from the bar sat 100 Gilbert Street, and – as Matt watched on – the operators of the European car refurbishment business that occupied the space began emptying out their files and equipment, readying for their retirement from trade. 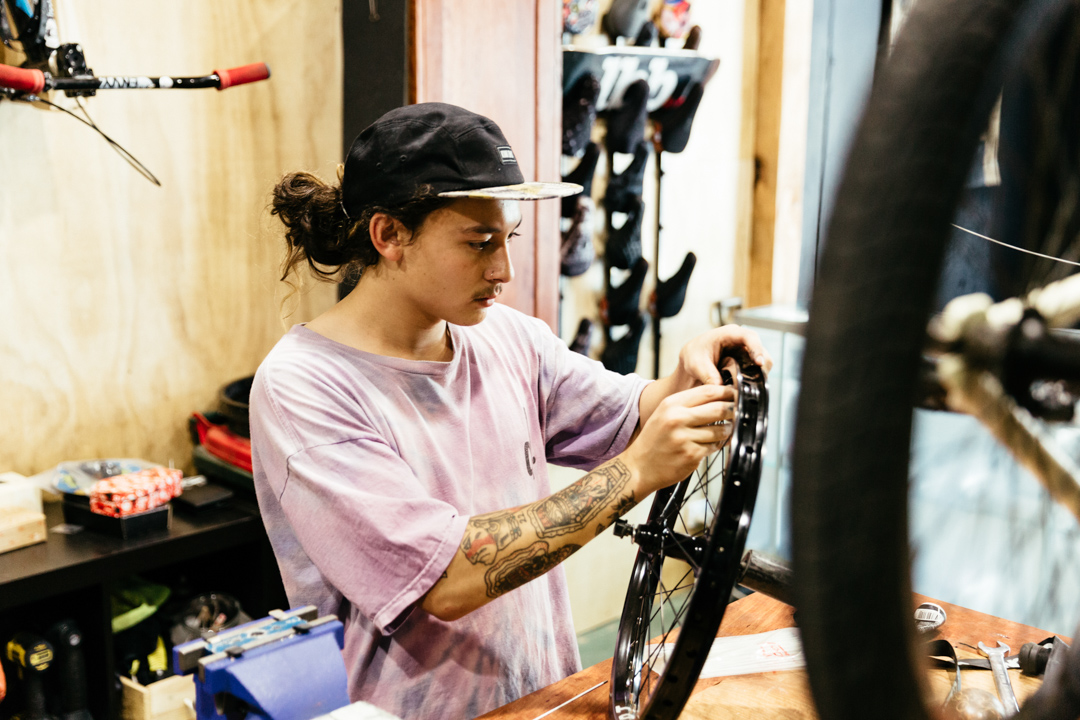 That was December 1, 2017. By mid-January, Matt had entirely transformed the old warehouse – including building a mini ramp along the back wall, and opened it as a bigger and better version of Little Black Bike.

The fit out was designed by Matt in consultation with architect Gabriel Ash. Along with the ramp (“I’ve built about 40 of those before, just never in my shop,” says Matt), it incorporates a lot of other clever features.

A counter top running through the shop doubles as lockable storage for gear, and triples as a surface that riders can grind along. The bike workshop space is lockable – allowing stock to be safely stored there while events are held in the rest of the venue. And, above the workshop is enough space for a desk at which Jason – the IT guy – now works.

Much of the interior was built with reclaimed materials – including wine barrel tops no longer suitable for aging booze – and its effect has been immediate.

Little Black Bike now has the space (and the ramp, and the kitchen) needed to comfortably fulfil the position it has long held as a community hub for the BMX scene.

“The ramp just means I can let some steam off, and I don’t feel like I want to kill anyone,” says Matt, laughing. “And my mates can come and hang out – mostly that.”

But the new space doesn’t only represent the execution of many ideas for which Matt has long had the energy, but not the space. It also marks the start of a new era for Little Black Bike as a business.

Matt is now partnered with Steve Grimley – the entrepreneur behind the Five O’Clock Somewhere winemaker collective, among many other ventures – and the pair have plans for significant expansion of the Little Black Bike brand.

“We’re going to move on to getting our own stuff manufactured – we’re going to be direct to public basically,” says Matt.

“We want to be a brand, and this will be our outlet, rather than it just being a shop.”

Steve says he decided to go into business with Matt because he could see Matt’s expertise was going under-utilised.

“Matt has established an awesome reputation as both a rider and a retailer over the last 20 odd years,” says Steve. “Everyone I’ve seen come into the shop, or buy from us online, is really buying into Matt and his philosophies.

“I can’t see why they, and many others, wouldn’t want him taking a closer interest into the design and manufacture of each component, and in doing so create something unique for a LBB customer.”

It’s an ambitious change of scope and one that could come with its fair share of complications. But, Matt and Steve are determined to stick to one fundamental principle that has always been at the heart of the business.

And with that mantra, no matter how ambitious the change, it seems that things can’t go too far awry. 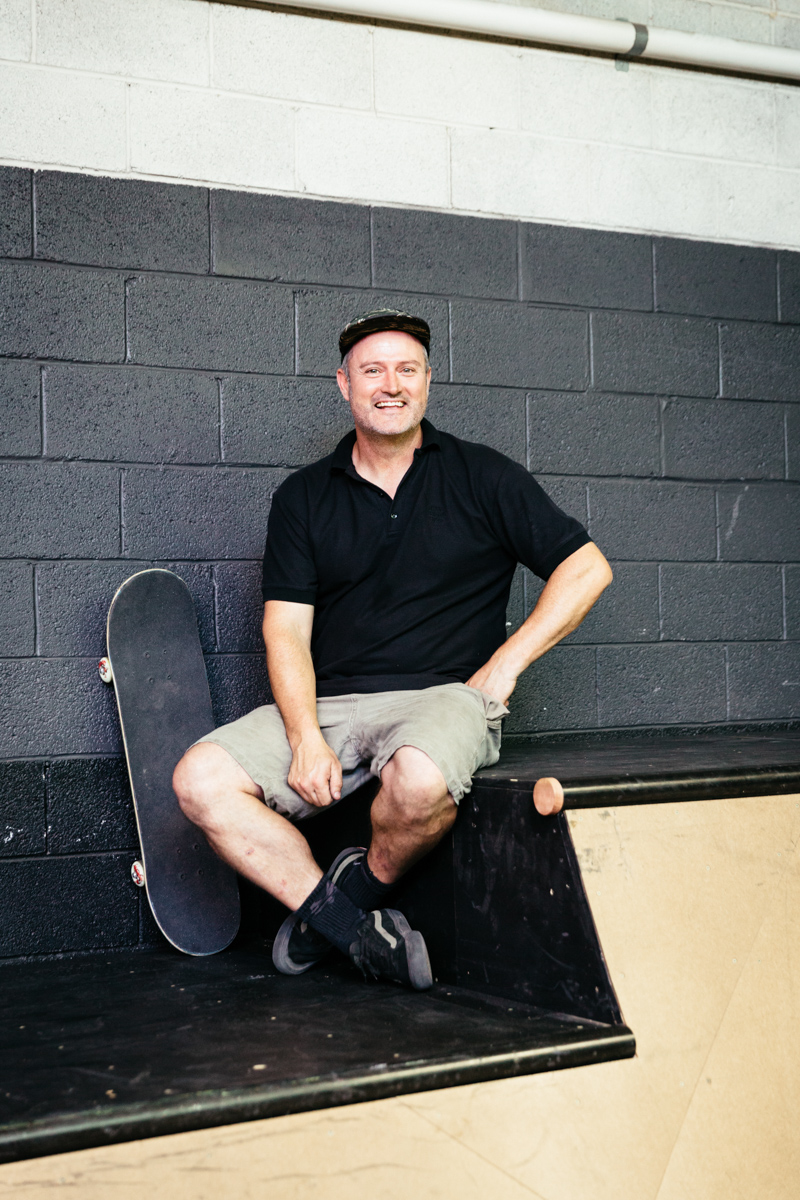