Fighting for the future of Adelaide’s community centres

Part of the City of Adelaide’s “re-shaping” of its employment structure has been the axing of one full-time community centre coordinator. Some ratepayers worry this could herald future cuts to the essential community hubs. 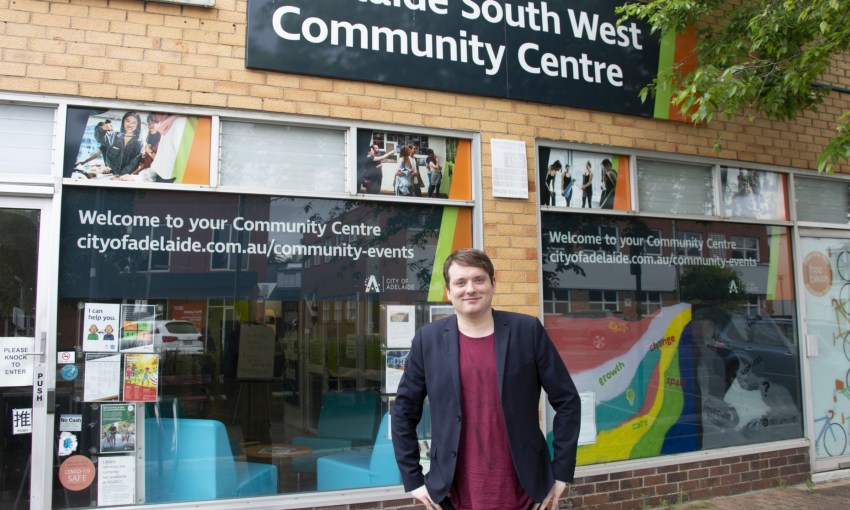 In January 2021, the lease for the Adelaide South West Community Centre’s current tenancy will expire.

This fact was concerning to Keiran Snape, a city resident, one-time city council election candidate and president of the CitySouth Association, back in September, as no follow-up tenancy had at that time been announced.

He spent the entire month of September door-knocking around the southwestern quadrant of the city to drum up support for keeping the community centre in its south-western locale, nearby Iparrityi Whitmore Square.

In less than three weeks’ time, he collected 566 signatures. He then presented the petition to the Adelaide city council on Tuesday, 13 October, and asked that they consider purchasing a property in the city’s southwest.

The Adelaide South West Community Centre (ASWCC) is one of three community centres in the city.

Since 2005, the ASWCC has performed a crucial role in its local neighbourhood, offering a range of services, such as language classes, art exhibitions and group dinners, and staffed, crucially, by Community Development Officers.

According to council meeting minutes, councillors unanimously voted in Keiran’s favour, indicating they would purchase a new property for the centre, which would be a “staffed facility run by Council”.

The deadline to purchase the new space was set for 31 December 2021, but in the interim the centre must move from its Sturt Street spot to a temporary location when its current lease expires.

“We’ve saved it in a sense that there will be a centre in the area,” Keiran tells CityMag.

“We knew going in that we couldn’t keep this exact location, but our argument and the petition itself was to get a location within the southwest quadrant.”

But property alone is not the only threat to the existence and effectiveness of Adelaide’s community centres. Soon after, the question was asked of who exactly will staff the new centre.

This point was raised by former city councillor, Sue Clearihan, in a letter to City of Adelaide CEO Mark Goldstone, associate director of community and culture at City of Adelaide, Christie Anthoney, Lord Mayor Sandy Verschoor and current councillors.

The letter, seen by CityMag, indicated a concern about the reduction of staff at the City of Adelaide, referencing the significant cuts already made to the council’s administration body.

Sue also expressed concern about the removal of “skilled and experienced” Community Development Officers, and their replacement by library staff who don’t possess the same skillset.

“Our community development staff working IN and WITH the community in our Community Centres are often the first to become aware of and respond to these emerging challenges [such as COVID-19],” the letter says.

“They are also the first port of call for the many overseas and interstate arrivals who are making the City of Adelaide their new home.” 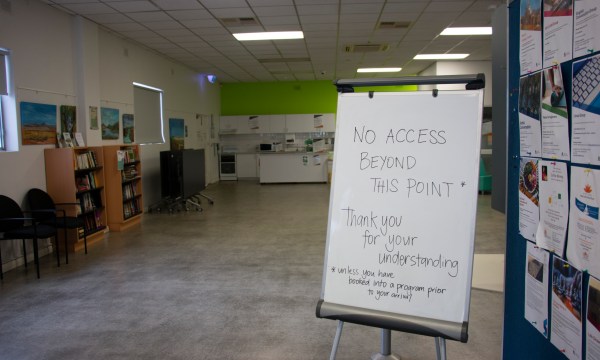 North Adelaide resident and 12-year volunteer with the City of Adelaide, Bronwyn Roberts also expressed concern about the axing of Community Development Officers in her own letter, also sent to Christie Anthoney.

Bronwyn writes in her letter, also seen by CityMag, the current North Adelaide centre coordinator is a “vital position in a community”.

Removing this role “will severely disrupt the effectiveness of the North Adelaide Community Centre, especially for the elderly community members,” Bronwyn says.

“While all community members of North Adelaide regularly visit and use the Centre, it is an essential safety hub for the elderly of the suburb.

“Due to [the community centre coordinator’s] presence, the Centre has been a necessary space for some people who to come and see a friendly face, share in a cup of tea, or to sit among people and not feel alone.”

In a reply letter, Christie confirmed there would be a proposed reduction of community centre coordinators by “one full time employee” as part of a greater “re-shaping exercise”.

“Please be assured that all the City of Adelaide Community Centres will continue to operate and provide programs and experiences for their respective communities,” Christie’s letter says.

When CityMag asked Christie how much of this “re-shaping exercise” would affect all the city’s community centres, she reiterated full-time staff numbers would only be reduced by one, and the re-shaping is part of the administration’s greater commitment to achieving “$20 million permanent operating expenditure savings”.

Since the beginning of the pandemic, the City of Adelaide has cut over 100 full-time jobs, as our sister publication InDaily reported two weeks ago.

Keiran is concerned the administration axing one job could mean other community centre employees, such as those staffing the South West hub, are next in the firing line.

“It’s going to be a bit tumultuous as it is, and the current employees know the community, they know the classes and all the goings-on – so to lose that knowledge in the midst of all this moving would be quite bad,” Keiran says. 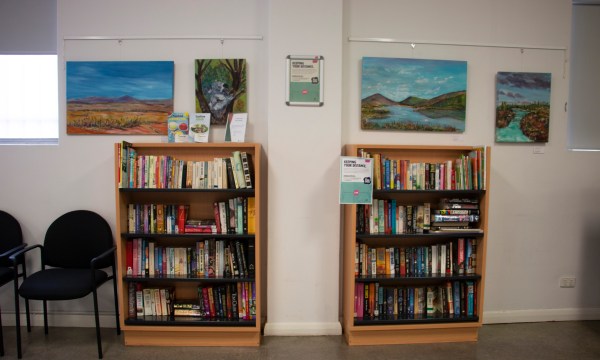 Keiran also hopes the new ASWCC site will get a library as part of its upcoming permanent move, as the city’s three public libraries – Rundle Place, Hutt Street and North Adelaide – are a significant distance from the South West centre.

“As an aside, there was supposed to be a library in this area, and I believe there was one on Grote Street before my time, but that got shut down,” Keiran says.

“We basically lost facilities, library facilities, and what we have now is two bookshelves as opposed to an actual working library.”

When questioned about whether the South West community centre’s new location will have library services, Christie did not offer a yes or no answer, but said community consultation in August this year indicated the local community valued “a meeting space and event venue, programs and activities offered” for the space.

“Click and Collect Services and computer access through the public library network are in place and will continue at the Adelaide South West Community Centre with regular deliveries and ongoing support from our three city libraries.”