As federal subsidies expire for City of Adelaide-owned affordable housing stock, the council has been presented with the option to "sell down" these housing assets if elected members approve of the move. 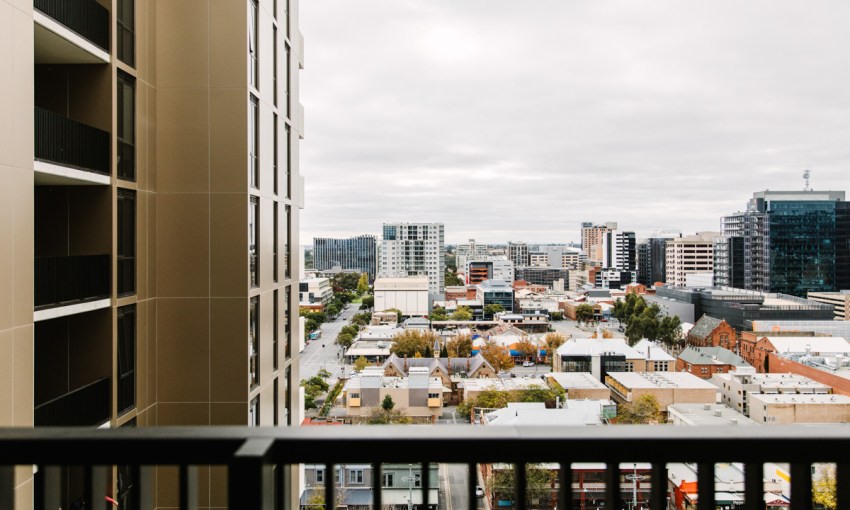 McCready said NRAS – a national program rolled out in 2008 which subsidised a portion of private rentals, making the housing market more affordable – underpinned the viability of some of these projects.

This funding expired last year for one group of properties and will expire soon for others.

“The affordable housing product is linked to the NRAS product,” he told the chamber last week.

“Once NRAS drops away, the reality is there’s always been a thought process that council would sell down on that stock and that was presented to council on numerous occasions.”

It was expected that at the end of the NRAS program these properties would be sold, but McCready told CityMag “Council has not formally considered the sale of these assets.”

The sale of any affordable housing properties is dependent upon on elected member approval.

The City of Adelaide has not confirmed to CityMag when the proposal to sell the housing stock is likely to be put to the elected members.

Last October, at a committee meeting, the council administration presented their first attempt at a social and affordable housing policy.

The policy highlighted that “rental stress is a problem” in the CBD, and mentioned that the Adelaide city council helps some low-income residents by subsidising rent for 52 apartments.

Among these 52 apartments are 20 on Whitmore Place, which the administration’s policy document said were reliant on NRAS funding set to expire in 2020.

Another 20 NRAS-subsidised apartments at the Ergo Apartments development were listed, but, according to the document, the funding for these is set to expire in 2023.

At the bottom of the document, the administration states the “future” of the properties will be “considered” as part of CoA’s “Confidential Strategic Property Action Plan”.

The strategic action plan could help the council climb out of its roughly $100m debt, incurred by the pandemic and public works.

The council has made a list of underperforming assets which it owns, which may have been created as part of its strategic plan, the majority of which has been kept secret.

We previously covered the planned sale of Pirie Street’s City Beach volleyball courts, and it is known the neighbouring Pirie/Flinders UPark is also marked to be sold, but the rest of the list is yet to be disclosed.

CityMag asked the City of Adelaide how the 52 affordable housing properties are performing against the council’s other assets. McCready said their performance is consistent with the lease agreements originally set out, but the expiration of the NRAS scheme impacts lease revenue and affordability.

“At this point we really are looking at service cuts.”
— Clare Mockler

He also added the council will “continue to work with its existing tenants,” and if the council does decide to sell its affordable housing stock, those within the properties “will be kept informed of Council’s intentions and at the appropriate time.”

The potential dumping of the City of Adelaide’s affordable housing stock, and possible evictions that may follow, would come in the wake of news councillor Robert Simms’s departure from local government is expected to cost ratepayers $100,000 for a by-election, and less than six months since the council dropped another humble $174,000 on the stainless steel Pigeon sculpture in Rundle Mall.

In last week’s committee meeting, acting chief executive Clare Mockler also told Council it needed to think seriously about what services could be axed as “permanent savings” need to be achieved.

“At this point we really are looking at service cuts,” she told Town Hall.

“One of the observations I’ve noticed in my 19 years here is that each year or each term at council a new idea comes on board and as an organisation we continue to do that. There’s certainly an opportunity for reviewing.”

A 2019 Adelaide City Council report identified the majority of new city residential developments failed to meet the State Government requirement of including at least 15 per cent affordable housing – as per the state’s inclusionary zoning guidelines.

A more recent survey – penned by National Shelter, Bendigo Bank, The Brotherhood of St Laurence and SGS Economics and Planning – found Adelaide was the second-least affordable capital city in the country for renters, due to the discrepancy between housing prices and incomes.