Community consultation for the east-west bikeway is now open

The City of Adelaide is currently accepting online community feedback for the CBD's overdue east-west bikeway. One councillor says information supplied to the public about a potential new design was "factually incorrect and blatantly misleading".

The City of Adelaide want to hear your thoughts on the east-west bikeway design proposals.

A 14-page “bikeway design guide” document, seen by CityMag, was released as part of the online feedback process, and included graphics and explanations, including a “possible alternative design approach”.

The proposed design would see a bikeway positioned in the centre of the road rather than the side, inspired by a City of Sydney idea.

Under the “possible alternative design approach” heading, the document said “we appreciate that the removal of on-street parking is a significant concern for some stakeholders.

“As part of our evolving design process we seek ideas from other cities to understand how they manage the competing demands of busy city streets when implementing bikeway projects.”

A screenshot of the design guide, from the City of Adelaide’s website, featuring the centre-of-the-road bikeway.

During the meeting, Donovan challenged the design, saying “no information has been provided on a feasible east-west route where a transport planner has suggested this design option”.

Donovan says the centre-of-the-road design “provides a lower level of service to bike riders because it is more difficult to access intersecting streets and businesses along the streets. It decreases patronage of local shops and cafes because it’s harder for people on bikes to stop. It creates more problems for emergency vehicles”.

The City of Adelaide document stated the centre-of-the-road bikeway design was proposed by the Sydney council to improve “safety and level of service” for cyclists. Donovan said this reference was “factually incorrect and blatantly misleading”, as these claims were not made in the City of Sydney’s proposal document.

She asked the council administration how they planned to fix this error. Lord Mayor Sandy Verschoor said the administration would answer her request today, and the document has since been removed from the City of Adelaide’s website. 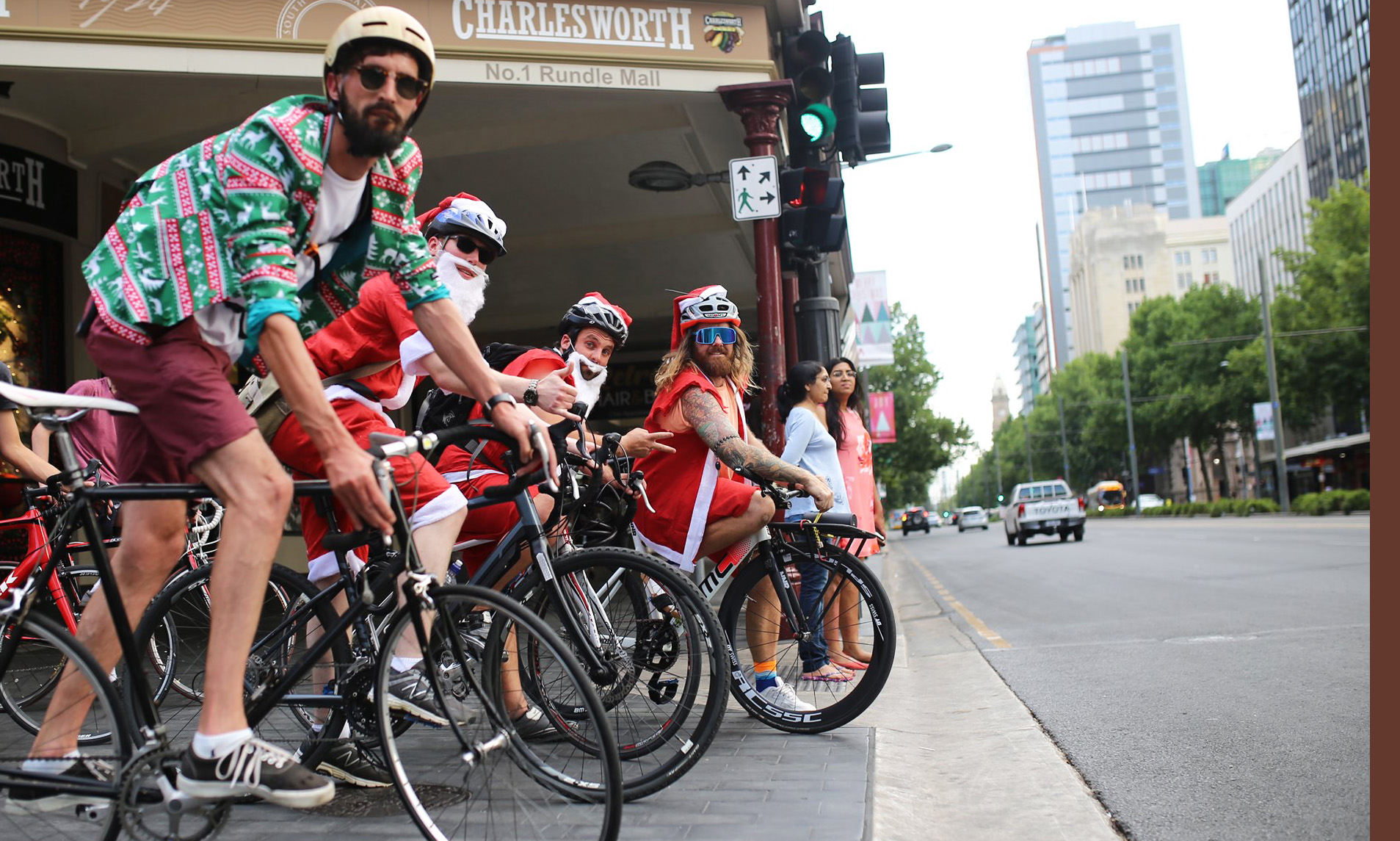 Last December, the City of Adelaide administration recommended council members approve their route for the east-west bikeway, which would travel east along Franklin Street, down Flinders Street, turn right on Gawler Place, turn left on Wakefield Street, and then end at the Wakefield Road/Hutt Street intersection.

This design included separation strips to keep cars a safe distance from cyclists.

The motion was rejected due to concerns the community had not been adequately consulted and parking spaces would be lost. The council instead supported Deputy Lord Mayor Mary Couros’ motion asking for community feedback to be undertaken before any building commences.

Taking into account this round of community consultation, results should be presented to the council in March and, if approved, the bikeway will start construction in mid-2021.