Once a very familiar face behind coffee machines at Adelaide’s top spots, Dave Moen has taken the plunge and started a business of his own. This place won’t be able to provide your morning caffeine fix, but will supply a much longer-lasting form of relief. 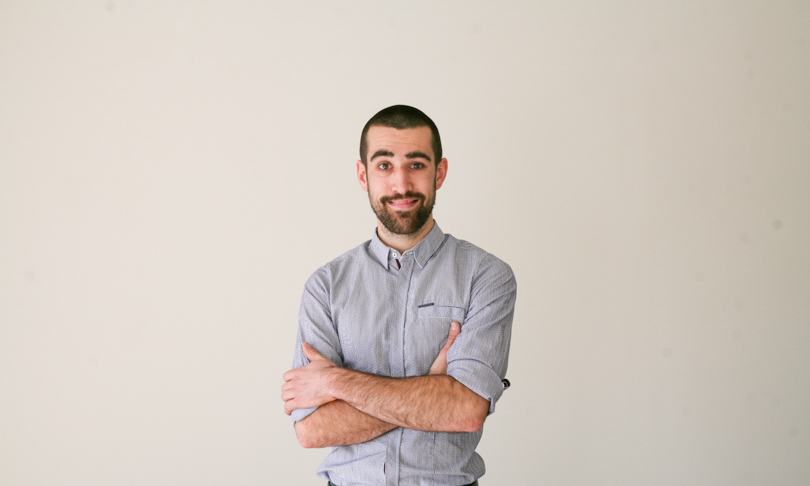 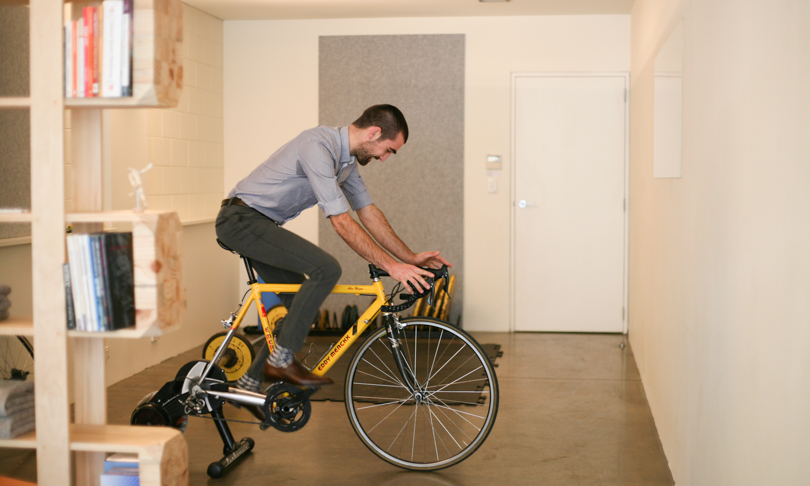 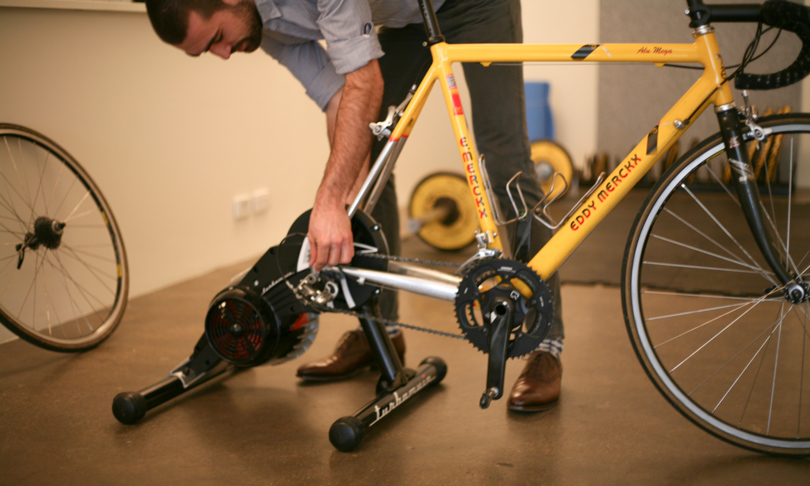 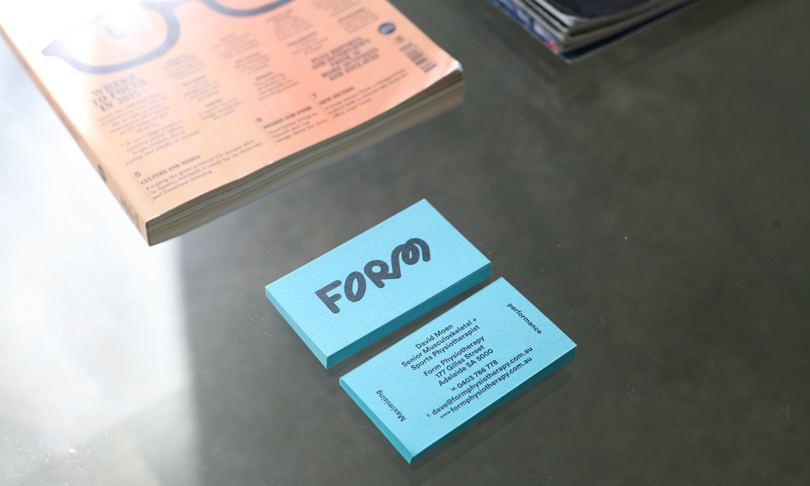 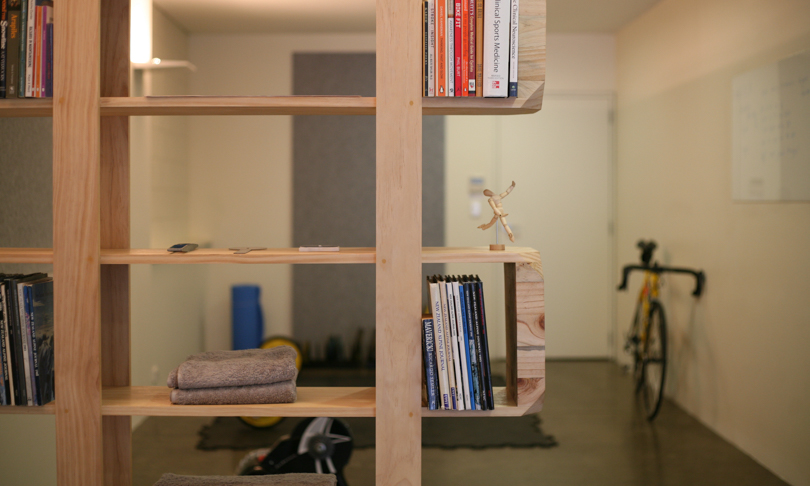 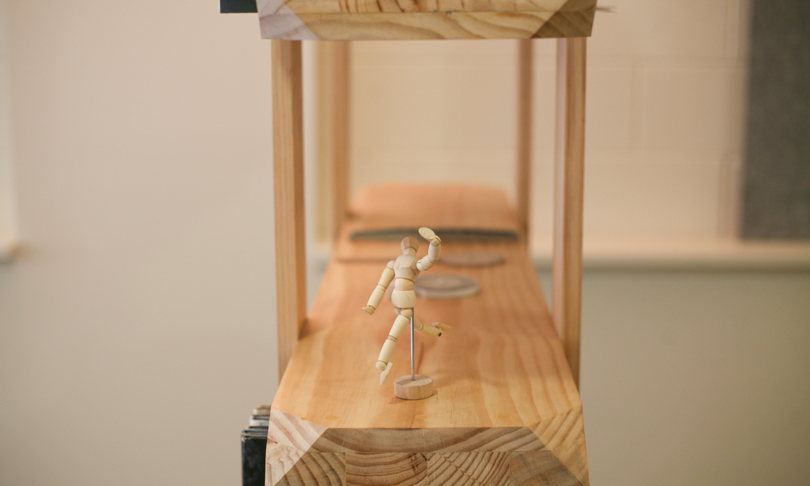 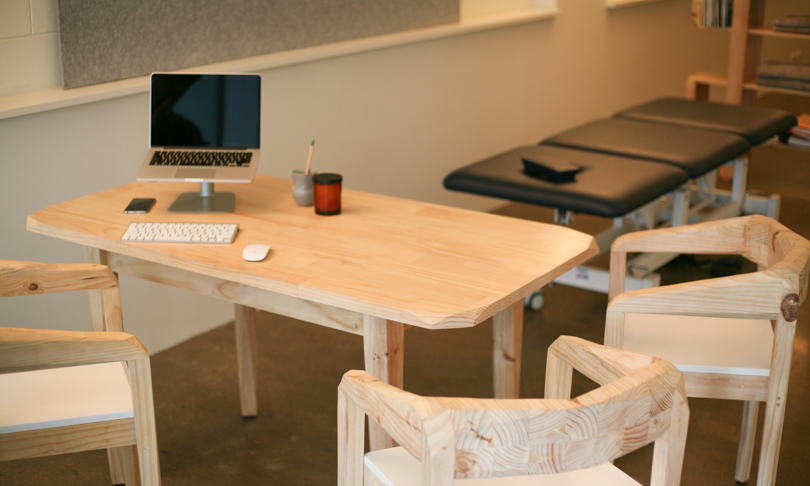 “I’m young enough, and uncommitted enough that I can jump fully at something and see how I go,” says Dave Moen, talking about his newly opened physiotherapy practice – a business that is the culmination of years of planning.

Form Physiotherapy on Gilles Street is unlike any physio practice we’ve visited; it’s light and spacious, with a designer’s touch – each element meticulously thought out.

“I wanted to build a space that was reflective of health, as initially I found that treating in smaller, clinical feeling spaces didn’t really match that idea,” Dave says.

“So I wanted to create a space that felt healthful to be in, and light and positive. And try to keep the inspiration we’re trying to get through the way that we’re treating and build that into a space.”

A master of many trades, Dave recently laid his trusty coffee tamp to rest, giving up his duties as a barista to dedicate his time to his newly opened practice and role as a senior musculoskeletal and sports physiotherapist.

“A few weeks ago I decided to just jump. So now I’m just here. No more coffee,” he recounts.

But his time spent at the helm of many of Adelaide’s best coffee haunts has served him well, altering his approach to his own space and the kind of health care he aims to provide.

“Having that background in hospitality, I really wanted to bring all the good bits from that and put it into health care as well. It helps to build really good connections with people and… [being able to] invite someone into a space, making it much more than just treatment.”

The north facing glass façade of the practice allows the warm winter sun to spill in, and this is no accident.

Dave describes how months were spent searching nearly every vacant block across the city for the perfect location and feel.

“[It needed] lots of light, lots of space. Enough space to think creatively, to try and break out of those typical clinical models a little bit.”

The space, much like an artist’s studio, allows Dave to work in his own way, with a focus on the individual and the specific steps needed to help them reach their goals.

“In many ways it’s like a coaching role… I can sort of help direct people to where they want to go and really problem solve to that. So real long term solutions, instead of just treating symptoms,” he says.

Form looks past the limitations of the current physiotherapy practice, opening the unique space up to niche groups, like elite cyclists and rock climbers, in order to assess their movements and help them maximise their ability.

With a keen interest in cycling and a lifetime of rock climbing experience himself, Dave brings a breadth of knowledge to his work, not just the five years spent studying at university (which included a year completing his masters).

It’s clear from listening to him speak that he relishes the transformative nature of the profession, and hopes that the space he has created can facilitate a new approach.

You can still connect with Dave and his coffee business Project Autumn and we’re told that fresh brewed coffee will still be a feature of his new practice on Gilles Street.

“[I want] to try and get past a physio experience that’s based around passive treatment, that isn’t well considered on a deep level. We have training that should be able to take us to a level where we do really exciting, great work based in biomechanics and an understanding of tissue healing. And we should be able to make really significant change.”

It is these often these significant changes that lead to break though successes.

“I had a cyclist through recently who had entirely stopped riding because they could not get any feeling of comfort on a bike and the love of cycling had totally fallen apart. By solving the comfort on the bike he has had incredible success…and accomplished one of his career-long dreams…”

“To be a part of that is incredibly satisfying.”