Woods Bagot has grown from its roots as a small Adelaide architecture practice to become a bustling multi-national business. But even as it expands, the firm still sees the small-scale as the source of its success.

The text message was blunt – CityMag had published an article on the launch of the Port Admiral Hotel in Port Adelaide and mentioned everyone involved except the architects.

Woods Bagot has designed some of South Australia’s most iconic buildings – including Bonython Hall and SAHMRI. We believed these large-scale projects to be the entire remit of the large-scale, heritage Adelaide firm.

Woods Bagot’s origins lie in 1869 when architect Edward John Woods was commissioned to expand and improve the St Peters Cathedral behind Adelaide Oval. In 1905 Woods joined forces with another prominent, local architect in Walter Bagot.

From there, the company steadily added more architects to their roster – but it wasn’t until 1984 that it broke through its South Australian borders. Today Woods Bagot maintains a bustling Adelaide office, but it also operates 16 other studios across four continents. 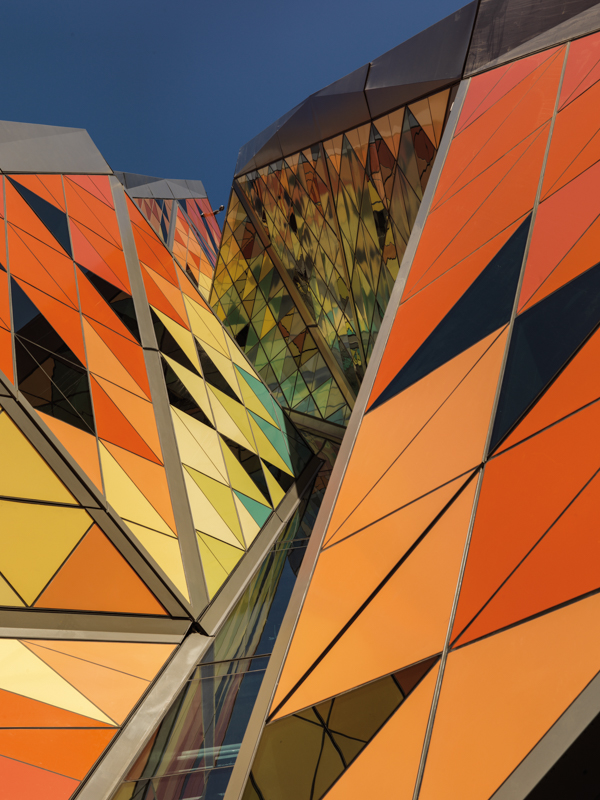 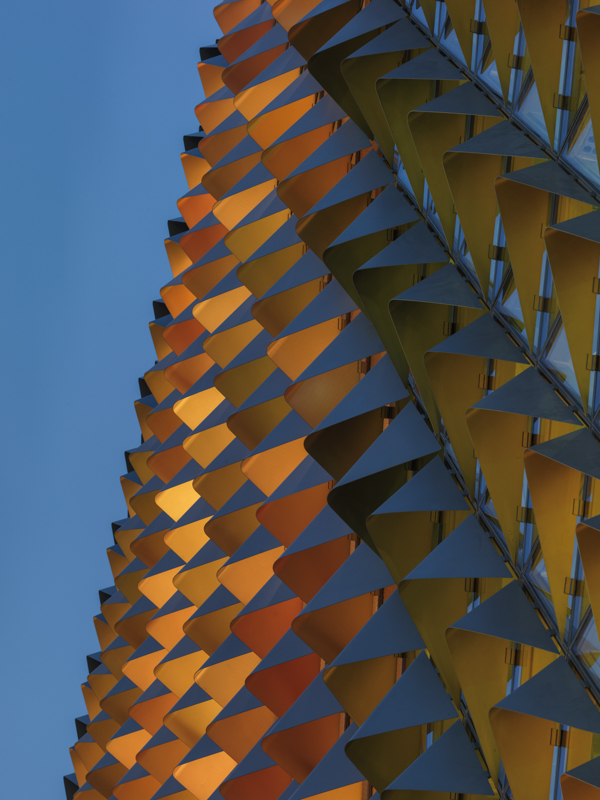 Exteriors of the NAB and SAHMRI buildings. Pictures by Trevor Mein

Despite all that growth and global reach, the company is not above designing the interior of a little pub at Port Adelaide.

“As large as we are, there is still a family trust which goes on,” says Woods Bagot regional manager Kate Frear from the firm’s Melbourne office on Little Collins Street.

This balancing act between being a multinational company and retaining some of the values of a smaller firm accounts for much of Woods Bagot’s success.

One of the key manifestations of this can be found in the way the firm manages talent – endowing even young professionals with trust, responsibility, and highly flexible opportunities.

Alex Hall is the person behind the text message that scolded us for our incomplete reporting on the Port Admiral Hotel, and he’s also a 35-year-old architect at Woods Bagot. He’s just been made a Principal with the company – making him a shareholder in the seventh largest architectural practice in the world.

Alex is young to be elevated to such a position, but his trajectory is not unusual in the world of Woods Bagot.

Kate Frear has a similar story. 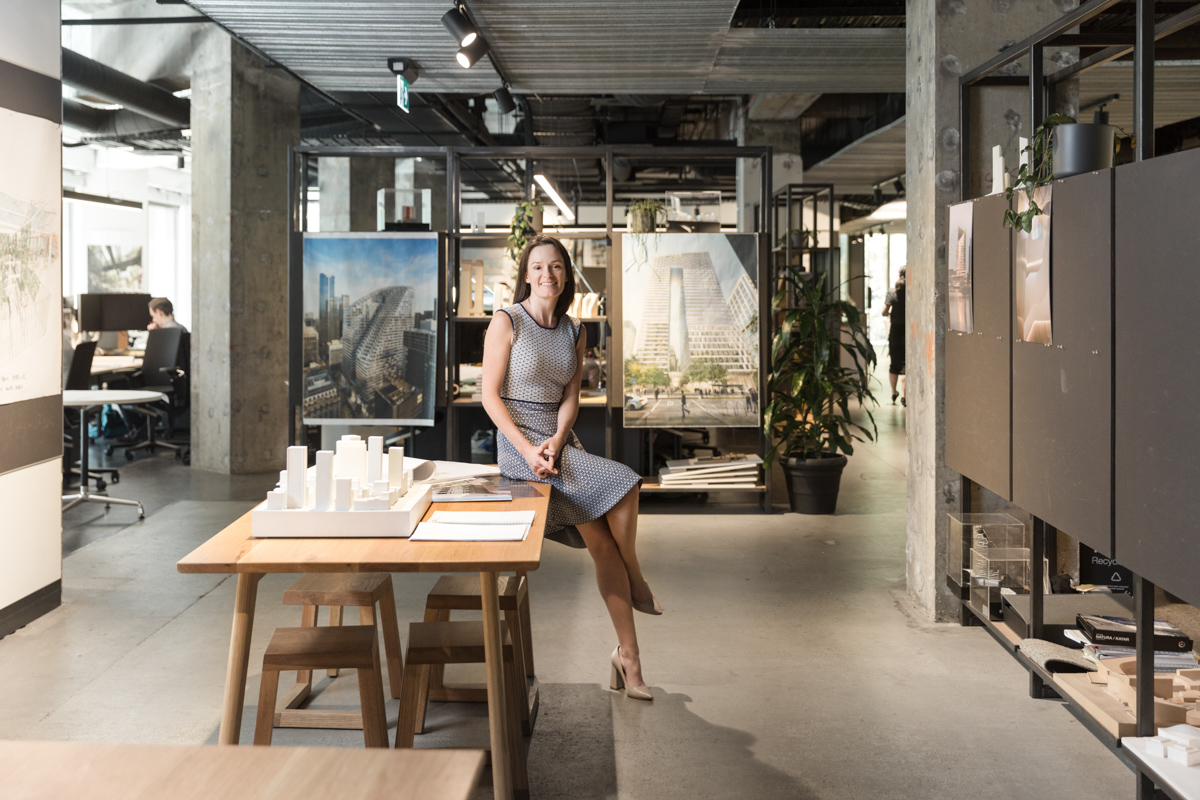 As a regional executive chair at Woods Bagot, Kate is one of only four people with that title in the world. In the role, Kate manages all the Australian and New Zealand studios. But, she is originally from Adelaide.

Kate won the Woods Bagot scholarship while studying at the University of South Australia, and started working for the company while she completed her degree.

Kate admits she thought Woods Bagot too “corporate” to match her design and creative ambitions, but when she gave notice of her intention to leave Adelaide the company surprised her.

“Kate – come into Woods Bagot,” said her boss after learning Kate was planning to move on. “I can’t believe you’re not working with us, it doesn’t matter where you are in the world, you just choose where you want to be.”

“From that point of view,” says Kate, “I think there is definitely a desire to keep talent within the business and work with people’s wants and needs at different stages of their career.” 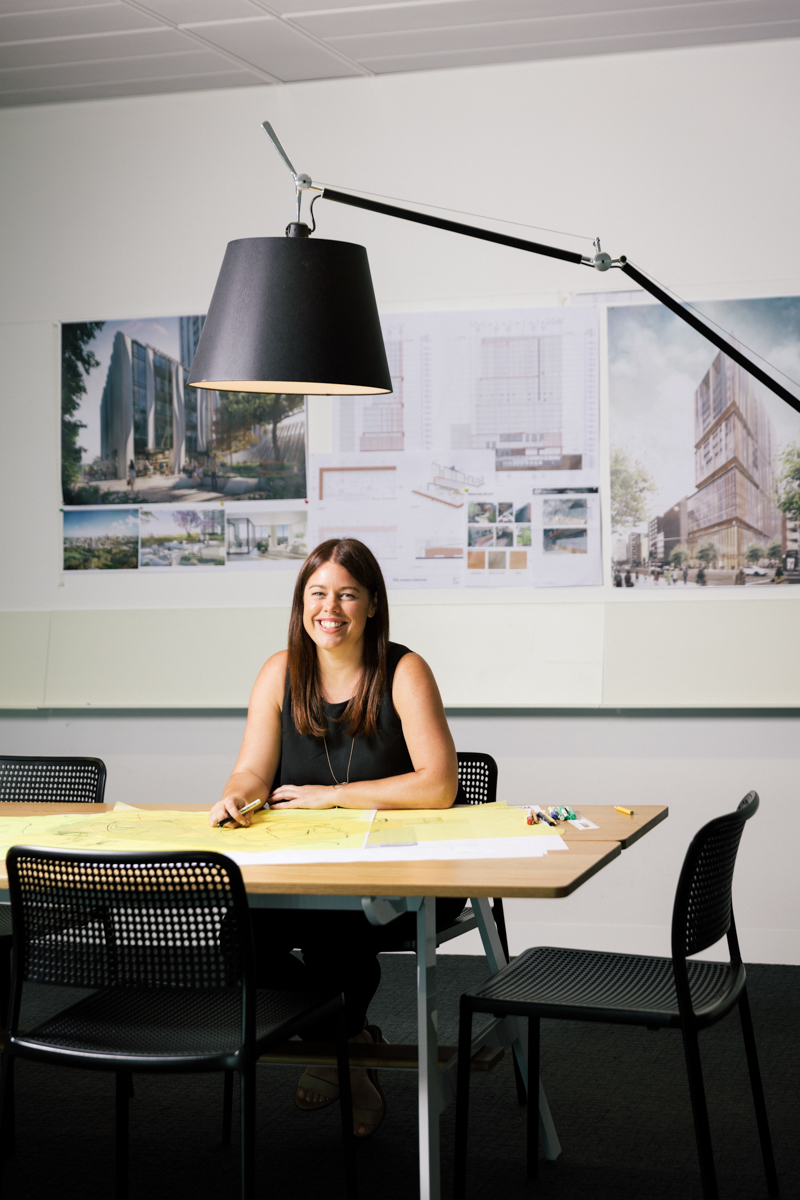 Emma Smith is another employee who started out in Adelaide, but was encouraged by Woods Bagot to take her career further.

After working in the Adelaide office since before finishing her degree, the interior designer shifted to Woods Bagot’s London operation in 2012. There, she was witness to another of the pillars around which the firm has built such a successful operation – a vast diversity of skills and specialisations.

“Whilst in London I worked on Qatar Petroleum in the Middle East,” says Emma. “That was a huge project. I think it was 320,000 square metres, nine office towers and one hotel.”

The project was too large for Woods Bagot’s Dubai studio to tackle alone, but with London, Sydney and Melbourne studios on the tender the company was able to secure and deliver the work.

“It can be a 24-hour work cycle almost and there are so many different expertise areas spread across the globe,” says Emma. “Australia is very much at the forefront of workplace design – globally. We’ll give the main parts of the office towers to Australia because we’ve got proven track records.”

And of course, it’s also the company’s track record that determines its ongoing success.

“Businesses always grow and contract,” says Kate Frear. “Profit’s an outcome to me and to our business. It’s just a measure of the fact you’re doing your job well. What’s really important for us is the work, the product, the design is the focus.” 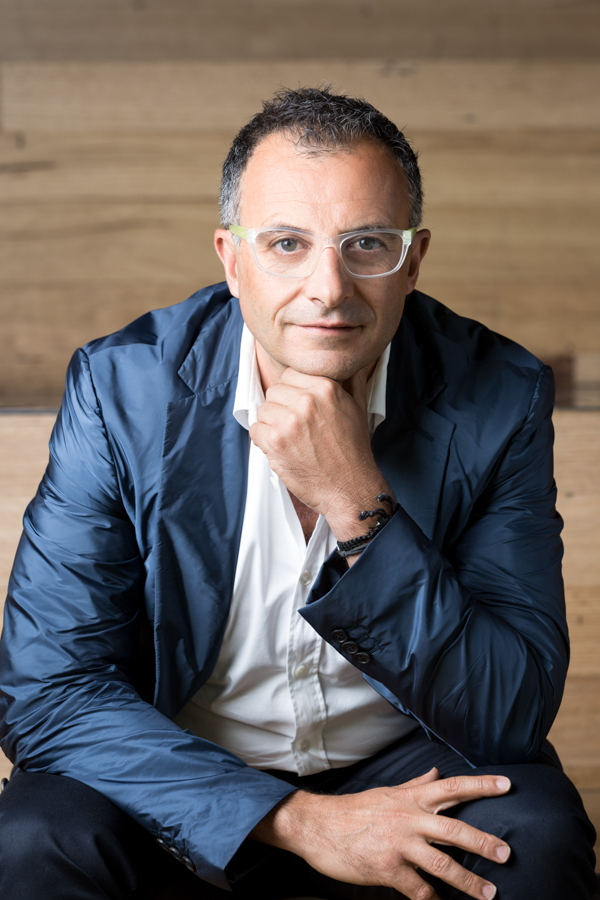 Principal and design leader, Peter Miglis – who is from Adelaide but now works from Melbourne – agrees that its Woods Bagot’s work that speaks the loudest.

“For us, process is really important,” he says.

“We’re interested in creating emotion in architecture. We really need to get back to the sensitivity of the human spirit and how we engage with that and create emotion in our work and make people feel good about it.”

Peter led the design on one of Adelaide’s most recognisable buildings – the South Australian Health and Medical Research Institute (SAHMRI). He feels particularly passionately about it as an emblem of what Woods Bagot want to achieve in their work.

“It was a strong collaboration between Adelaide, Melbourne and New York,” says Peter.

The New York studio made a hefty contribution with its computer modeling, which helped improve the building’s passive resistance to the northern sun’s blaring heat. Peter has the same enthusiasm when he discusses lifting the building up off the public realm to allow people to access the site and gardens beneath.

The combination of art and science exhibited here is not new in conversations about architecture, but Woods Bagot make a business out of balancing the two in a way that makes sense for each project and each place.

This careful equilibrium, and Peter’s statement that SAHMRI’s greatest accomplishment is its impact on the community, reinforces the nexus between being globally-minded and locally-focused that sits at the heart of the company.

“SAHMRI’s biggest achievement is the sense in the Adelaide community that this place can have these things [ie: good design],” says Peter.

“That’s the beauty about the project, giving the public a sense they can have great projects in their city and how great is this project that’s tied to scientific research and investing in humanity? That’s much deeper.

“For us, when we present a project it’s beyond the building – it’s what it’s doing at a broader scale to the community, the social demographics. We’re not just creating an object, we’re participating in a bigger conversation.”

For a company dealing in the sale and implementation of ideas, it’s smart to recognise how important humans are in the interpretation and actualisation of those ideas. It’s easy to look good on paper, to fill up architectural renders with images of people. What’s far harder is to imagine, to plan, and to create places where people feel comfortable and compelled to contribute to society.

In the era of automation, where companies often seek growth through human redundancy, it’s reassuring to learn of at least one firm making it their business to design a future with humans at the core.