South Australian guitarist Brian Morrison, creator of the popular BAM Goddess Overdrive Pedal and its sister pedal the Classic, returns with new guitar pedals for the first time in 20 years.

Brian Morrison, founder of BAM Pedals, has been making guitar pedals for a long time.

Handcrafted here in Adelaide, BAM pedals have been used by artists such as Mark Lizotte (aka Johnny Diesel) and Troy Cassar Daley, with a pedal named the Goddess being a particular favourite amongst strummers.

After a nearly two-decade hiatus, Morrison has released two new BAM pedals: the Goddess Overdrive and ClassA57, which are updates on two previous BAM designs made here in Adelaide between 1998 and 2002.

Morrison, a blues guitarist and member of former bands the Sensational Bodgies, Double Wammy and Hey Daddyo, originally designed the Goddess because none of the pedals on the market had what he was looking for.

“All of the pedals I used caused an unacceptable colouration of the basic guitar/amp tone combination,” he says.

“Many even changed the guitar tone slightly, even in bypass mode.”

Morrison discovered other musician friends and colleagues agreed with him, so he decided to make an overdrive pedal that would provide some extra zing, grit and sustain without altering the essential tone of the guitar amp combination.

“It’s a completely fresh approach and it worked out, a lot of people liked them, and I probably sold several hundred,” he says.

Morrison is confident that his newest models are even better.

Boasting a unique subtle low gain, the updated pedals give your guitar tone a kick with a natural, yet crunchy vintage sound, lacking in any overpowering distortion.

“It’s really two pedals in one,” he explains.

The Goddess Overdrive, priced at $280, has two levels of gain and compression control via two small switches, while the pedal’s three knobs offer the freedom to cut and boost treble at will as well as adjust the guitar’s overall level and compression.

The $250 Classic A57 lacks the treble boost, hi gain and sustain switches of the Goddess, but still retains its drive and level control along with an added compression control. 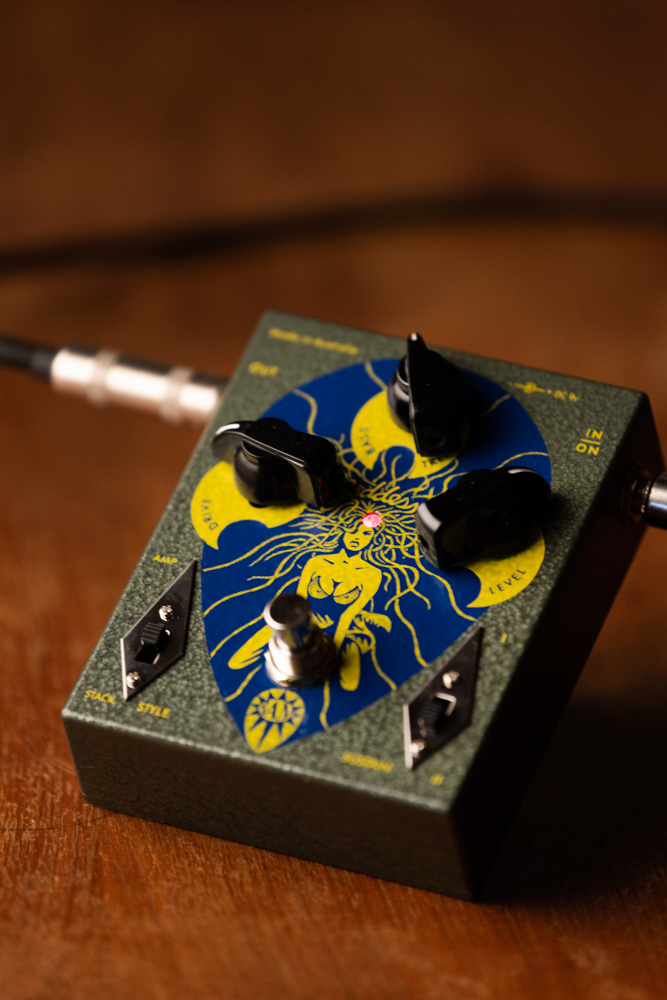 Each model is handcrafted and painted by Morrison, with graphics designed by brother Geoff – another former Bodgies member – and the revised electronic circuit boards are manufactured at PCB World Solutions in Mawson Lakes.

The decision to reissue his products came about after a resurgence of interest in the analogue pedal market, and positive reception from Australian customers.

“A high proportion of customers are really glowing about them,” Morrison says.

He says the time he spent living in the music-drenched city of Austin, Texas in the 1980s developed his understanding of electric guitar tone, along with his friendship with guitarist Denny Freeman, who knew and played with Jimmie and Stevie Ray Vaughan and was later a member of Bob Dylan’s backing band.

Morrison is now keen to expand into both the US and European markets – a move he hopes he can achieve post-COVID-19 by demonstrating them at trade shows.

For now, the Goddess Overdrive is available online and the ClassA57 will be released in the coming months.