The rise of Dogboy Knives

Infiltrating cheese boards and professional kitchens throughout Adelaide and beyond, Dogboy Knives is the handcrafted passion project of full-time veterinarian, Richard Cooper. 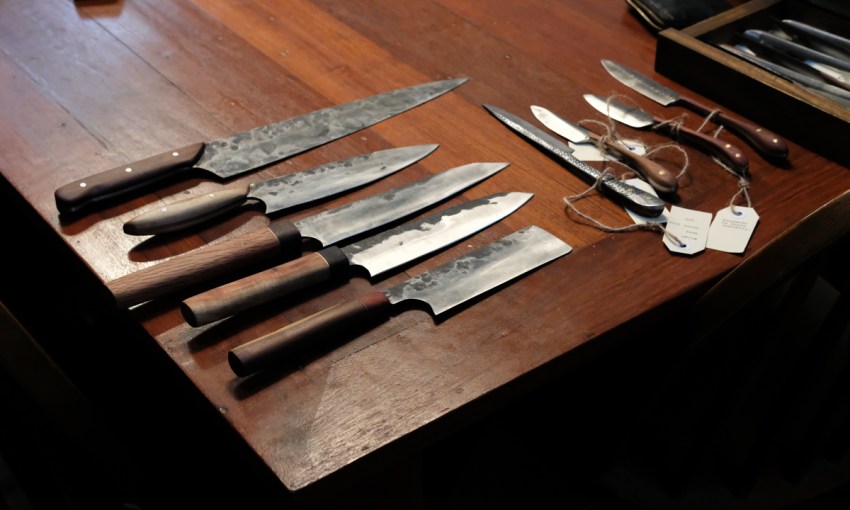 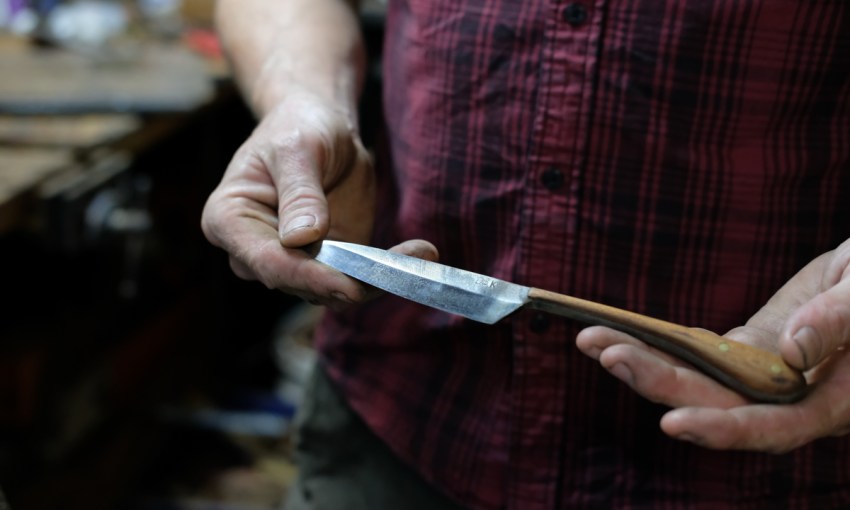 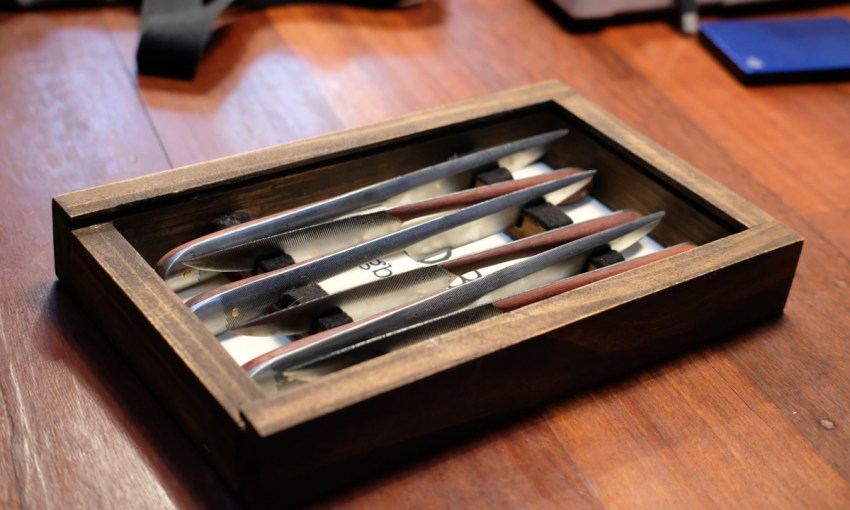 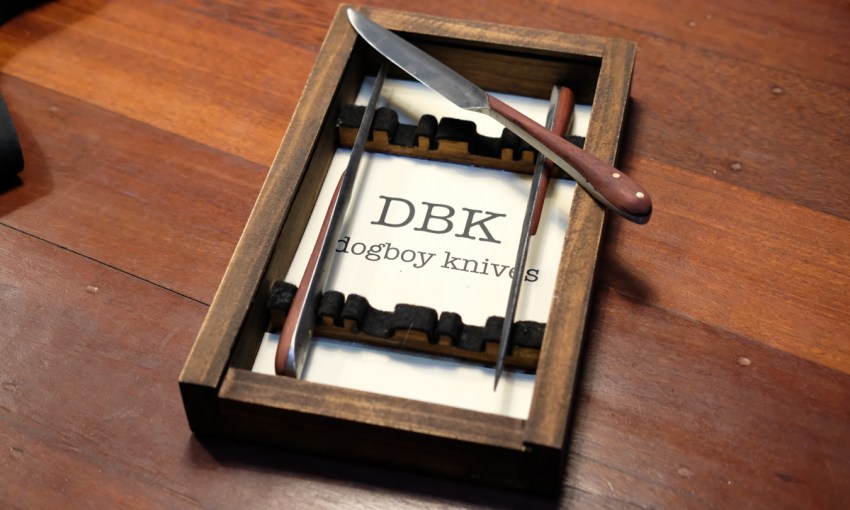 “This is where most of it happens: the shed. A true cottage industry,” Richard Cooper of Dogboy Knives smiles, welcoming CityMag into his backyard workspace in Brompton.

Stored throughout the space, in a relatively orderly manner, are spent lawnmower blades, chainsaw bars, metal files, and an assortment of timber – from Northern Flinders Ranges mulga to old floorboards – all destined to become repurposed as handcrafted Dogboy Knives.

Meet Richard Cooper of Dogboy Knives at Bowerbird Design Market from 4-6 May and browse his work online.

Richard, who also works as a vet, is a thoroughly capable handyman and has a history of using reclaimed materials to make furniture for his home. It was while helping his brother-in-law fit out a brewery on Kangaroo Island a couple of years ago, that he was introduced to the art of knife making.

“A person down there showed me a knife that she’d made,” he recalls.

“It was something that I’d thought about and I’d looked into… Suddenly I was like ‘Ok, I’m going to give it a go.’ I made a forge, bought some basic equipment, and it’s just snowballed from there.” 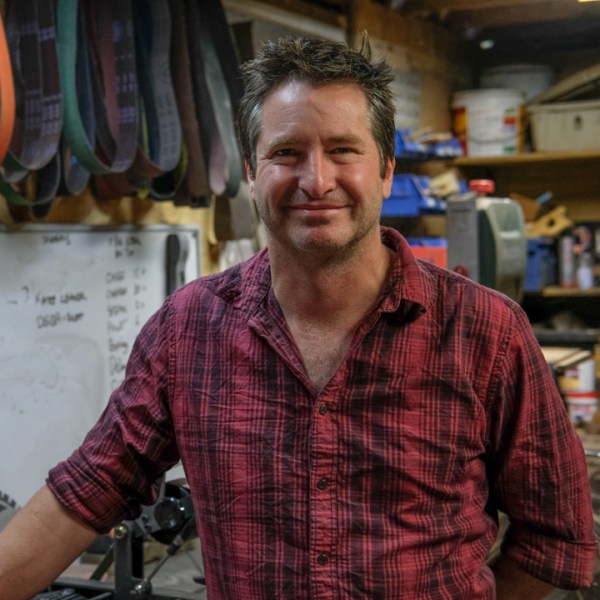 “That was a bit of a turning point, because suddenly other chefs were seeing it, and then I started being contacted by other chefs,” Richard says.

“Jock Zonfrillo saw it, he started following me on Instagram, came to me and he’s got a couple of chef’s knives, but he’s also bought 50 steak knives that have gone into his restaurant.

“And then his restaurant got best restaurant of the year, so Gourmet Traveller contacted me, and they were having a shop in Sydney, so my knives went over there.”

Each batch of knives is a three- to four-day process, which keeps the full-time veterinarian busy in his off time, but it’s worth it, he says, to be creating purposeful objects and contributing to such a passion-driven industry.

“I just love making stuff. As a vet… you don’t create anything. You’re doing good work, but you don’t get to hold something at the end of the day,” he says.

“I like the creative process, I like finishing each knife, and at the moment I just get a buzz out of it.

“And I’m getting out and meeting interesting people; I went to a restaurant last night and met the owner and head chef, he was already following me on Instagram, but it was nice to actually connect with a person, we talked knives, and he’s probably going to look at commissioning one.”

Dogboy Knives are available for purchase at his website, The Smelly Cheese Shop in the Central Market, Tasting Australia’s Superette at Town Square until 22 April, and Richard will also be appearing at Bowerbird Design Market from 4-6 May 2018.