Selling wine by the keg isn't a brand new concept but winemaker Tom O'Donnell and his company Riot Wine Co are producing wine purely for the stainless steel vessel once reserved solely for beer. 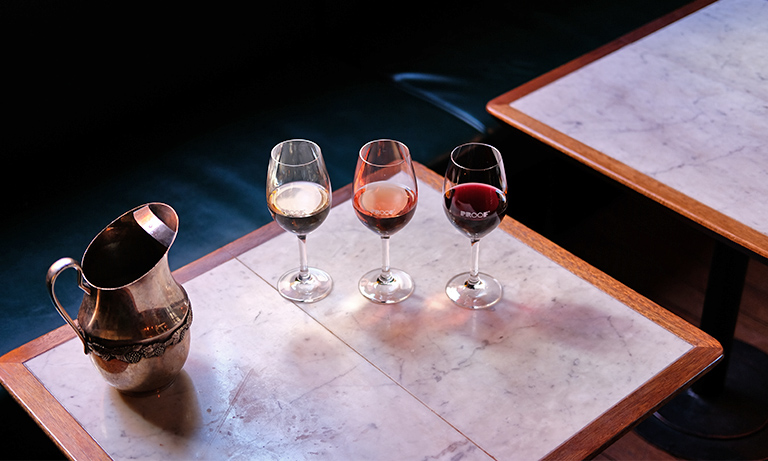 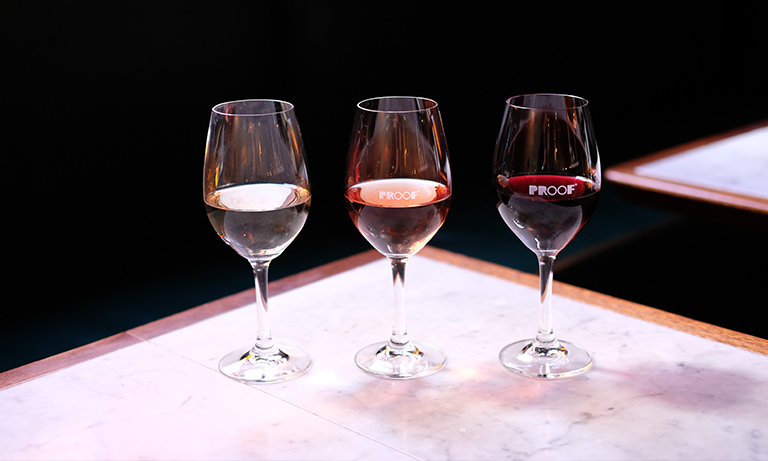 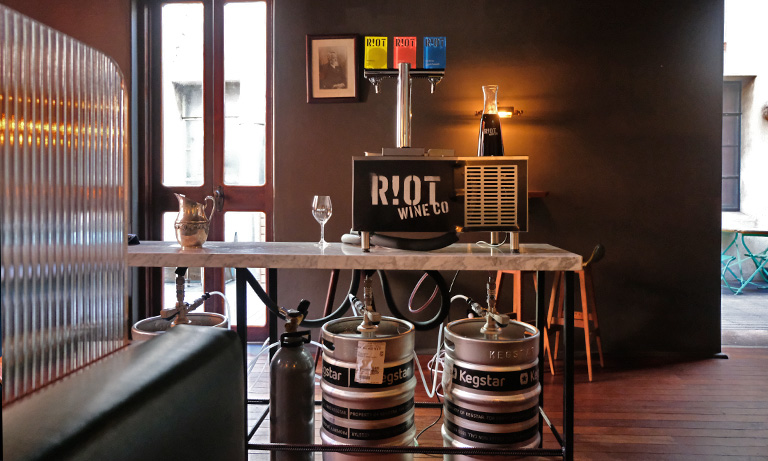 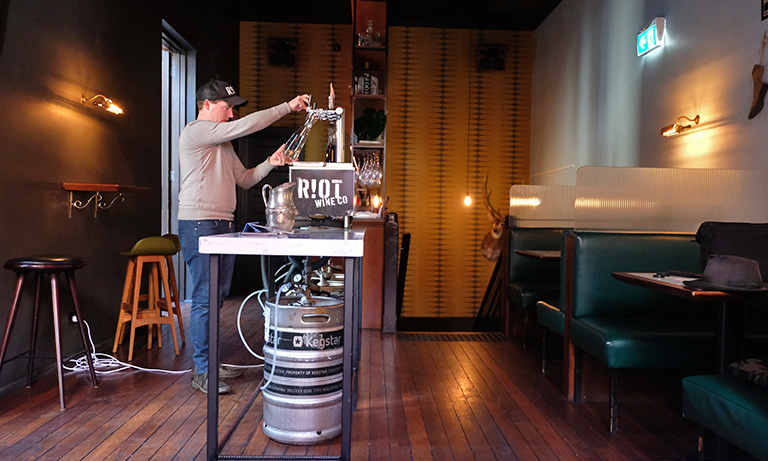 Riot Wine Co started selling kegs of wine into bars about a year ago but you’re only going to start seeing it on tap in South Australian bars as of now.

The company, which has grown massively in the eastern states over the last 10 months or so, is putting wine made here (from McLaren Vale and Adelaide Hills grapes) into kegs and then shipping them interstate. Riot Wine Co is owned by three South Australians.

To find out where Riot Wine Co. is pouring in South Australia – why not harass them via their website?

Before we get into how this SA start up started elsewhere, Riot Wine Co winemaker Tom O’Donnell diverts CityMag’s inquisition with a reasonable rationale, “you can’t talk about wine without a glass of wine in your hand,” he says. Apologies to our readers in not fact-checking the veracity of Tom’s statement but it certainly rang true in our ears on this particular afternoon we stopped by PROOF on Anster Street in the City.

Tom O’Donnell comes from a strong background in wine, working at the iconic McLaren Vale winery Samuel’s Gorge for six years prior to setting up Riot. 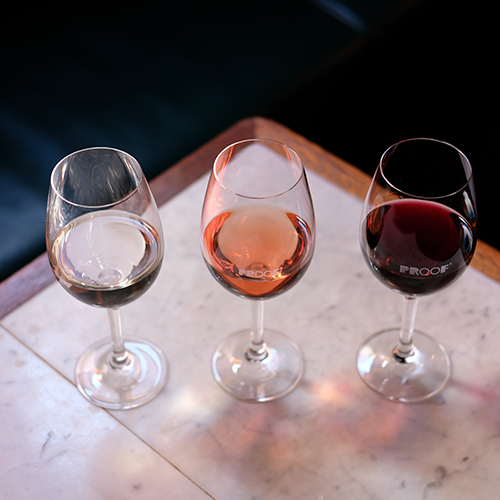 The idea to put wine into kegs became a business plan the moment he connected with Adam Trippe-Smith over – what else but – a glass of wine.

“I’ve known Adam for 10 years. Just before he set up Vale Ale, I was a winemaker in McLaren Vale,” says Tom.

“I got a phone call from Adam saying, ‘I’ve been thinking a lot about wine on tap,'” which is probably a pretty normal conversation opener to a winemaker, but as Tom recalls the genesis of Riot he expands to include the third partner in the business Joe Cook. It’s a genesis story that plays out a bit like dominos with Adam selling out of Vale Ale before going on to establish the global keg logistics company Kegstar as Tom tells it.

“He came up with this tiny little idea of keg rentals,” says Tom continuing, “where they bought 800 kegs and they ended up turning Kegstar into a multi-national business where they’ve had some great success. Kegstar operates in the UK, USA, New Zealand and Australia and they’ve had some great success from that and that’s how we got introduced to the third partner Joe Cook who was essentially the first employee of Kegstar. Adam set it up but Joe Cook stepped into it and got it off the ground in a way,” says Tom.

So when Adam calls his winemaker friend Tom and says he’s been thinking a lot about wine on tap – you know that a new venture isn’t too far off.

And Riot Wine Co is a seriously well considered business, both in its proposition to customers (bar-owners) and its consumers (you / people who like wine).

“If you look at these kegs it’s a small version of what I use in the winery. In the winery I use big stainless steel tanks. They could be a thousand litres, they could be 10 they could be 50, they can be… whatever you like. This is a 50L vessel,” says Tom pointing at the lineup of kegs beneath the bar we’re standing at in PROOF’s upstairs room. “It’s very user friendly for venues. Obviously I can’t have a massive wine tank here in PROOF,” says Tom. Why not? we think to ourselves.

Tom O’Donnell pours a glass of wine the new-fashioned way.

Tom is walking CityMag through the sales pitch to venues all the while we sip on elegant, fun and zippy wines poured out of a tap, drawn directly from the 50L kegs below. The logic is solid and the science straight forward.

The keg is immune to Ultra Violet, it’s hermetically sealed, it’s more resistant to temperature fluctuations, it’s far less packaging when compared to the 65 bottles (five-and-a-half-dozen) it replaces. It lasts nearly indefinitely prior to being tapped and a whopping four months once it’s pouring.

This is a good idea.

But will people drink wine that comes from a keg? Is this the long-awaited and highly anticipated return of the sensible metric measure of wine-by-the-litre or carafe as older readers may remember?

Yes is the simple answer.

Perhaps smartly, Riot Wine Co didn’t start in SA because it didn’t put too much stock in our self-limiting, entrepreneurial adage of, ‘if it works in Adelaide it’ll work anywhere.’ Perhaps Adelaide entrepreneurs can take a leaf out of Tom and Co’s book and make their businesses work elsewhere before bringing it back home?

“What a great excuse to travel,” says Tom. “With the logistics of keg movement, I can make wine in California and bring it back to South Australia to pour on tap – completely unspoiled and exactly as it tasted when and where it was made.”