Celebrating 20 years in business, Studio Nine has achieved significant growth in every facet of their design and architecture business thanks to a smart approach to internal talent development and sincere respect for their clients' desires.

Within walking distance of East Terrace, the home of Studio Nine Architects in Kent Town looks every bit at home in the light industrial aesthetic of their surrounding neighbourhood.

Nestled next to a crash repair shop and built out of ubiquitous Besser blocks, Studio Nine’s exterior suggests this architectural practice might place more emphasis on the function rather than the form component of the design equation.

This business profile was produced in collaboration with Studio Nine Architects to celebrate their 20th anniversary in business. The beautiful imagery first appeared in Fête/Life magazine

But following the wayfinding through the building’s front door and up the stairs, we’re delivered into a masterpiece of elegant utilitarianism.

Light streams in through the floor-to-ceiling windows at the north and south of the building and the aroma of coffee – good coffee – hangs above the din of a busy workplace. This is definitely a place where design – good design – occurs.

“The reason for the Besser blocks and the materials we used when designing this building,” says founder and managing director of Studio Nine John Galluccio, “is we’ve always been focused on two things at Studio Nine: Design and delivering that design in a functional, commercial and profitable fashion for our client.”

Built more than a decade ago to house the growing Studio Nine practice, this space embodies the architects and interior designer firm’s approach and commitment to long-term thinking. Externally there are no painted or rendered finishings and while John admits they might have paid a bit more for zinc cladding or pre-cast concrete panels he says these decisions end up costing less in the long run.

“It’s really good for the staff and for our clients because we’re constantly bringing new ideas across from our experiences in different contexts and applying what we’ve learnt with vigour across everything we do.” — Mandy Goehr 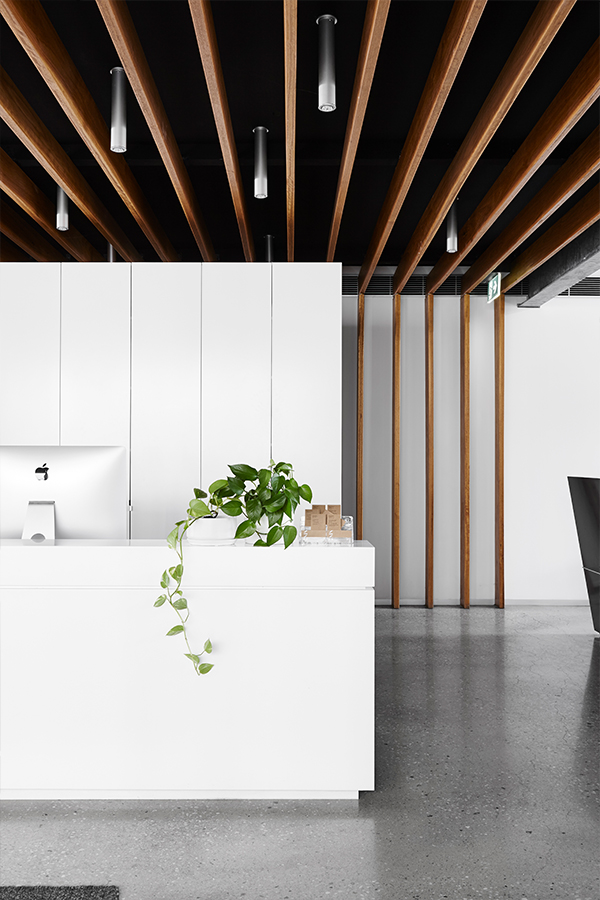 “They turn out to be bargains because we’ve never ever had to touch them in the 11 years they’ve been up. There is no maintenance,” says John.

Strong and smart decisions like this in the past have enabled Studio Nine to concentrate on the internal aspects of their business, and provide the ideal platform for the huge growth the company is experiencing now.

Director Mandy Goehr sees the strength of Studio Nine lying in its diversity.

Studio Nine is on average quite young, 34 is the median age of employees, gender is balanced with a slight female skew and ideas are flowing freely across a diverse range of projects.

“I think it’s really good for the staff and for our clients because we’re constantly bringing new ideas across from our experiences in different contexts and applying what we’ve learnt with vigour across everything we do,” says Mandy.

Talking with Tony Zappia, Andrew Steele and Justin Cucchiarelli separate from the other directors, we learn a lot more about the culture and desire the directors have to promote talent within the ranks.

An official mentorship program was instituted just over half a year ago, and Tony happily explains how different mentees will use their sessions for different purposes, which can range from sharing ideas about design through to satisfying their curiosity about the business’ history and future.

Andrew – the design lead on many of Studio Nine’s projects – says the systems the company has in place ensure the best ideas punch through the surface. 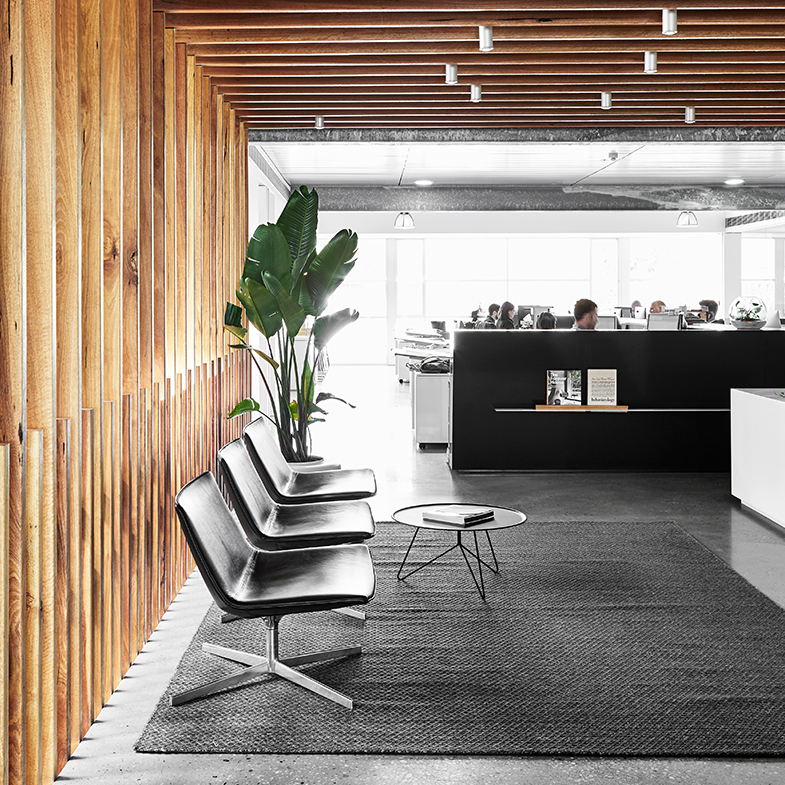 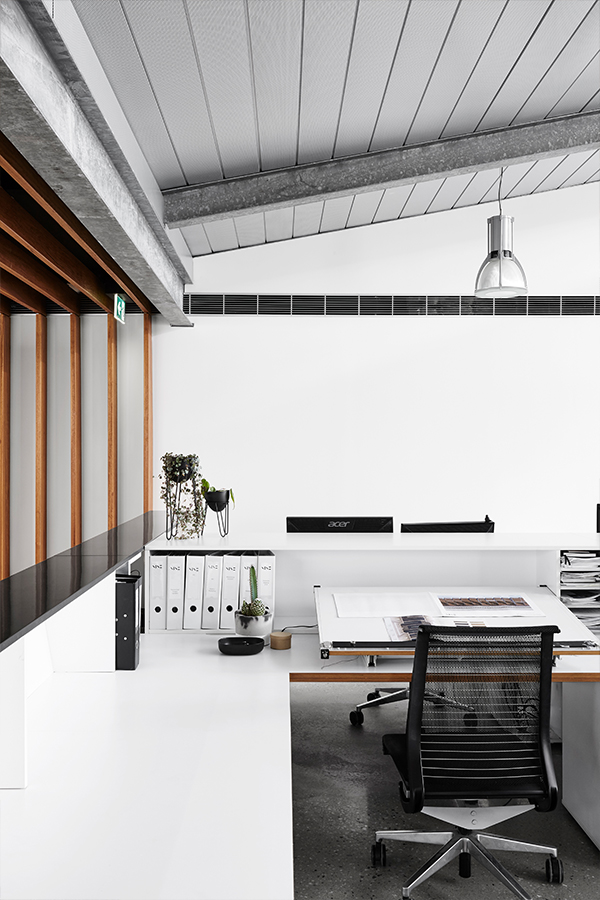 “A junior staff member has just as much right to sit at the table and justify their argument for a design decision as a director does – so long as they’ve got evidence behind it,” he says.

This evidence-based approach is a cornerstone of Studio Nine’s design process, which resonates with clients.

“I think we’re highly collaborative, as I think we need to be,” says Justin. “We’re not coming back to clients with a finished design after the first meeting but communicating every step of the way.”

And the Studio Nine story touches almost every facet of the construction industry. They’ve designed commercial, hospitality, residential, education, sporting, industrial and religious, venues in this state and around the country.

When asked about his or her favourite project, each director takes a minute before declining to answer.

Instead, CityMag is shown the plans and renders of some of the projects currently underway. There’s a massive buzz about this work. It’s under construction right now and will be delivered over the coming months. But in terms of “favourite” the directors all agree there are different reasons to love a project: the design details, the site, the budget, the lack of complications and also the challenges of a complex gig.

“What we could all say definitively,” says Mandy, “is that our favourite projects are the ones where our clients become a friend at the end.”

It’s a simple thing Mandy alludes to – friendship – but it’s a simple way to prove that everything Studio Nine designs for its clients is meant to last a lifetime. 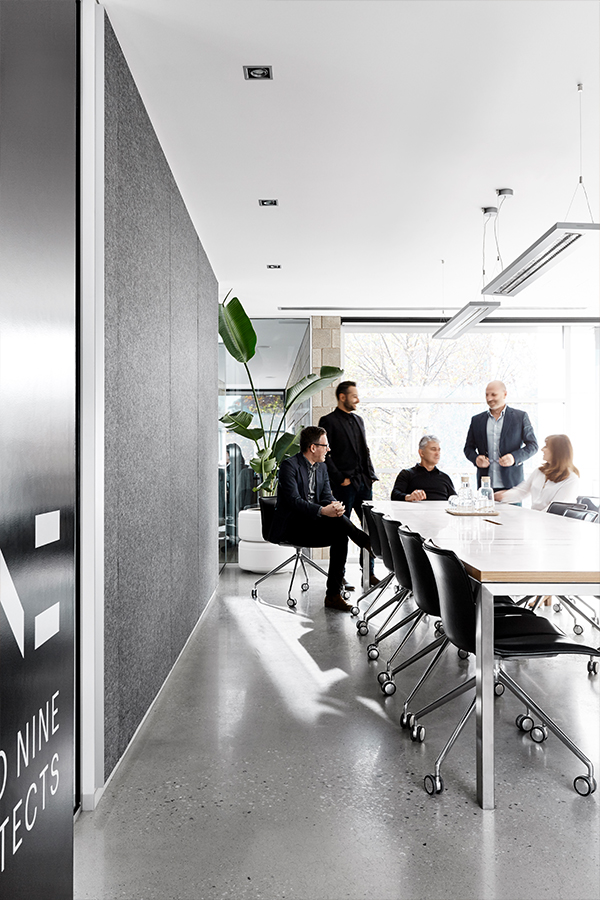