Kylie Roberts once had a dream of becoming a dancer but traded pointe shoes for boutique businesses instead. Almost 20 years ago, she opened Endota Spa Rundle Street and later founded the city’s first barre studio.

On the day we meet, Kylie Roberts pairs luxury sportswear with a moonboot.

“It’s been like this for four months,” the business owner says from her Rundle Street office. Her left foot is wrapped in protective black plastic, contrasting with her blush Jaggad crewneck and exercise tights. “It’s all because I broke my toe and it’s not healing.”

We’re in Kylie’s office to discuss how she brought a wellness business into the East End and the mechanics of co-owning national exercise brand Aleenta BARRE, which has studios in three states, as well as a broader digital presence. The medical equipment she’s wearing fits with the narrative.

Kylie’s whole professional identity is about wellness. To her, the term means scheduling in time to sweat and hit pause on the stopwatch.

“Wellness is about balance,” she says. “So it means eat well, but have a wine or the day off if you need it. You want to pencil in time for you, as well as for your friends and family.”

With a stubbornly broken toe, Kylie has had to take her foot off the accelerator of her own exercise regime and learn how to be still.

As someone who danced from age four through to her early 20s, Kylie has always had a voracious appetite for exercise. Even with her philosophy about balance, she’s finding it stifling to be so stationary. But it must be done. 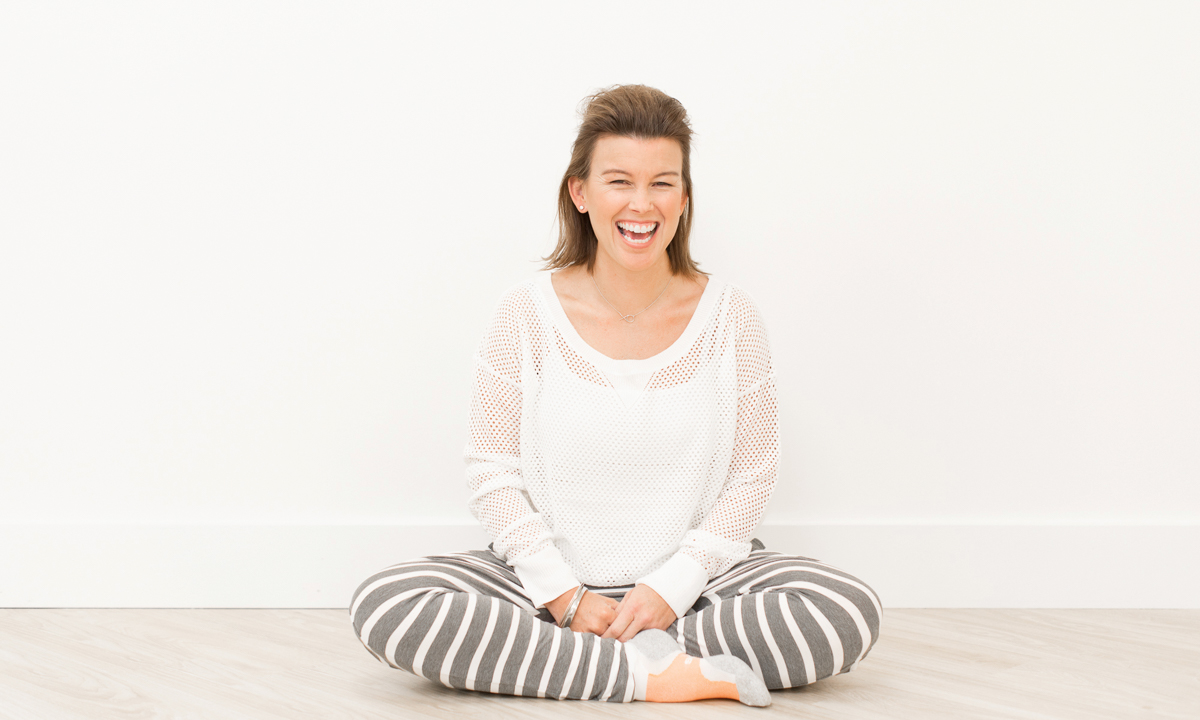 Two decades ago, Kylie made the call not to pursue a dancing career. A mixture of the physical demands of being “very thin” and turbulent job opportunities led her to want to refocus her future on something more solid. She also wanted an opportunity to flex her business brain.

In Melbourne, her home city, Kylie worked for a range of large companies in marketing roles, such as soft drink heavyweight Coca-Cola Amatil and banking giant ANZ. But she never found the work fulfilling. She wanted to run her own business.

“It was 8am to 8pm kind of hours,” Kylie says. “And when you’re working in big corporates, you don’t have a lot of life outside of work.”

After moving to Adelaide for love in the early 2000s, Kylie realised there was nowhere in the postcode 5000 offering the luxury spa experience she’d become accustomed to in Melbourne.

Kylie opened the city’s first Endota Spa on Rundle Street in 2004 with her friend Karmen Wakelin.

The business debuted with a 10-room studio run by a 20-person team, and offered everything from massages to facials.

Part of the original lease for the Endota Spa space included an upper level. Rather than leave it empty, Karmen and Kylie transformed the light-filled area into an eight-person group spa experience, mostly used for bachelorette parties.

But the logistics of masseuses and beauticians constantly running up and down the stairs forced the owners to reassess.

Instead, a decade after Adelaide’s first Endota Spa opened, another business idea came to the fore – Aleenta BARRE. This would be the city’s first boutique barre studio.

Kylie and her business partner in Aleenta, Claire Bastow, had seen the rise in popularity of barre in the United States – a form of exercise that combines high-intensity cardio with ballet – and decided to specialise in it.

Due to demand, they soon expanded the business’s program to offer yoga and floor and Reformer Pilates classes. They also began offering training opportunities and retreats for clients.

In the seven years since Aleenta opened its Rundle Street gym, the business has expanded to occupy six studios in South Australia, Victoria and Queensland. 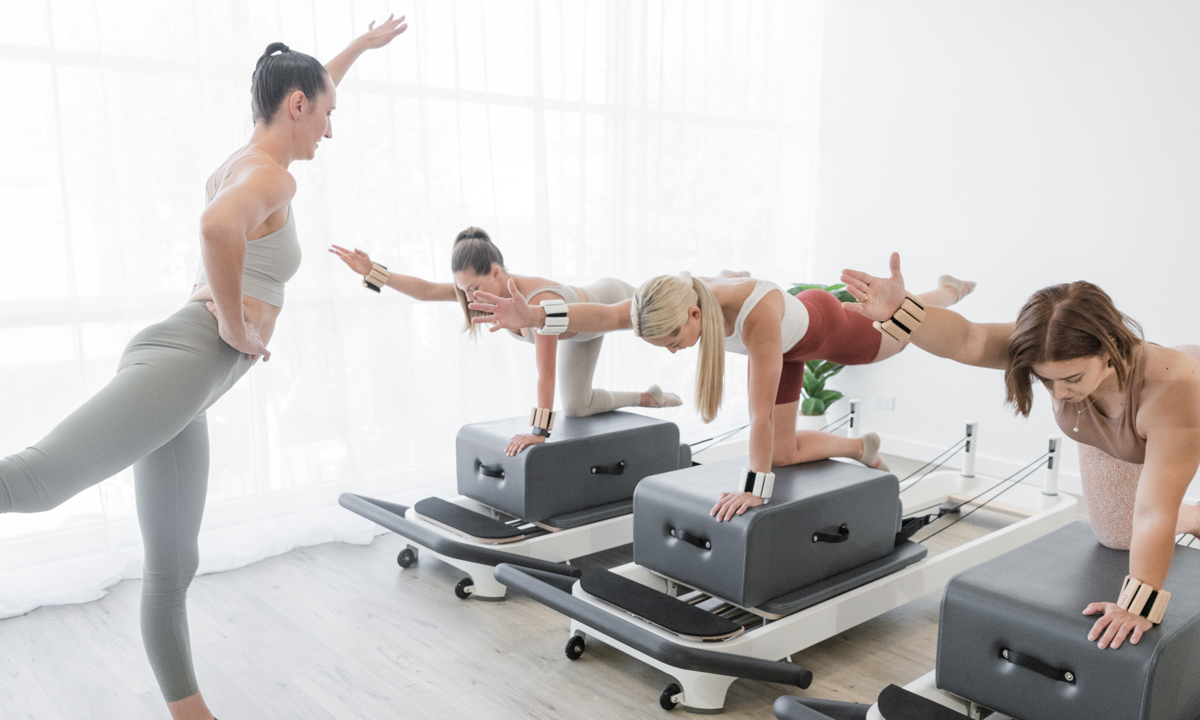 Prior to the pandemic, Aleenta also trialled a livestreaming subscription service where instructors would conduct up to 40 online classes a week from studios in Mawson Lakes. These classes were available to all members.

This pre-pandemic-pivot softened the blow of COVID-19. “There’s no doubt that the world is now a much more hybrid space,” Kylie says.

Kylie invested further in Aleenta’s online offering, rolling out ME By Aleenta, an on-demand fitness app offering classes and recipe recommendations. Kylie wants to continue this trajectory into lifestyle content by producing information on how menopause and hormones can impact your workout.

The secret to Kylie’s success, she says, is always being able to react to what consumers want.

“If my team says, ‘This is not working’, we say, ‘Let’s do something else,’” she says. “We would just change it and do it quickly.”

In the middle of the year, the Aleenta team closed one of their Melbourne CBD studios due to ongoing coronavirus lockdowns and the increasing trend of city dwellers working from home. But even South Australian’s seven-day circuit-breaker lockdown in July 2021 had financial implications for the business.

“What happens for our industry is that it takes us six to eight weeks to recover,” Kylie explains. “In [the July] lockdown, we lost 10 per cent of our members, which is a huge blow.”

Kylie understands some of her customers may have cancelled their memberships due to general hardship and lost work, but she believes people should prioritise activities that are important to their wellbeing.

For some, this might mean taking a walk through their neighbourhood, or taking some time to rest due to a broken toe. But for others, it might be releasing endorphins through an exercise class.

Speaking from within the tiny office that spawned the national exercise company, Kylie hopes her business can help spur people on to give proper consideration to their health.

“I’m in an industry where we have such a positive impact on women’s health,” Kylie says.

“There’s nothing better than someone saying ‘My mental health is so much better in these times due to your classes.’”