Archaea Architects: At home in the details

Architect Sally Wilson of Archaea creates architecture at a human scale, giving equal weight to the lived experience within a home and its larger context.

A home is made in the finer details.

Memories of family are created in conversations had in hallways and at the kitchen table, but memories of home exist in the relationship between human and material over the course of a lifetime.

As we grow and gain new perspectives on the spaces of our childhood, we never forget stretching to peek above the kitchen’s concrete benchtop, the weight of the sliding door to the backyard, or a favourite spot on the floor to watch Saturday cartoons – a perfectly calculated distance between television and fireplace.

These are the memories that make leaving home so difficult and the sale of a family home such a fraught reality to accept.

Architect Sally Wilson of Archaea (formerly SW Architects) understands the importance of these details and works with her residential clients to create homes that will linger long in a family’s collective memory.

In a suburban villa in Parkside, Sally was approached to recreate a home by introducing a backyard addition that would replace a shabby lean-to.

The client, a husband and wife, who at the time had one child and were planning a second, needed more living space from their 600-square-metre block.

They wanted to create an open-plan living area with a strong connection to the backyard, reoriented to face due north so as to make the most of the opportunity for natural light and passive solar heating. 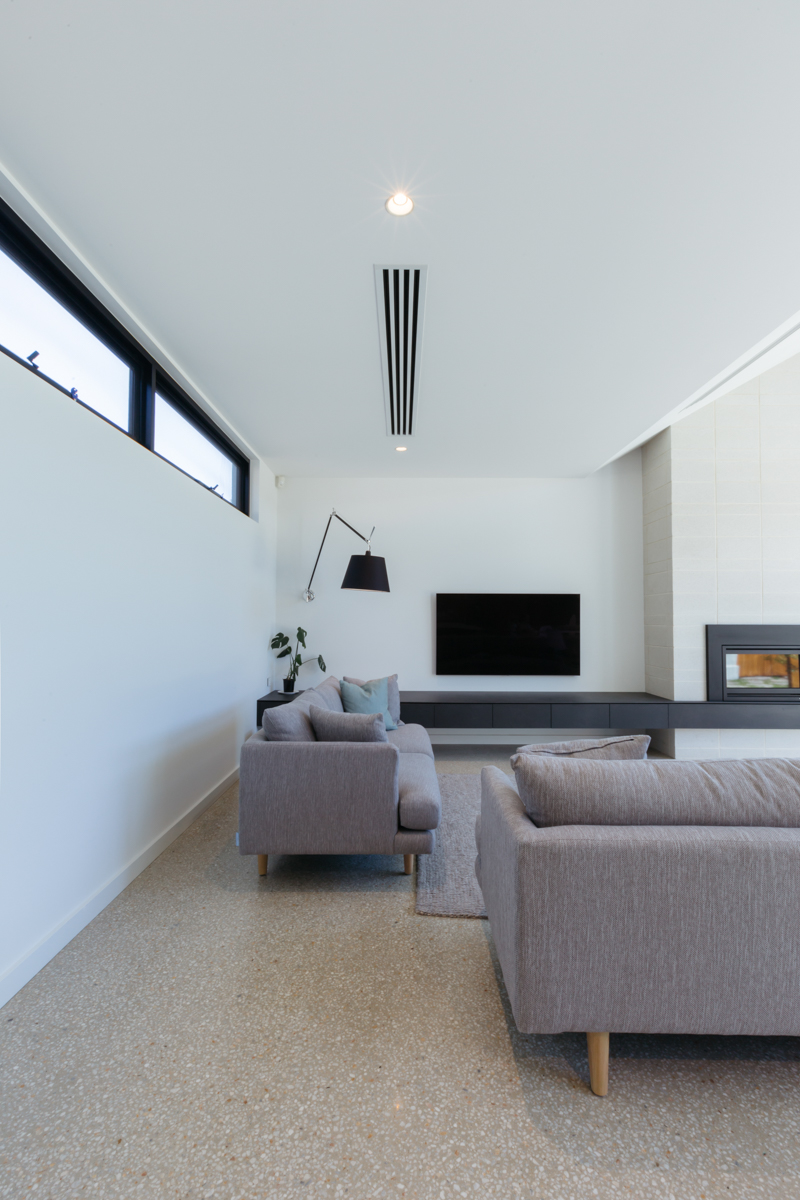 Sally blends textures and materiality deftly in many of her projects, and here she mixes the red brick of the original house with the warm tones of silvertop ash both outside and within the new space – the timber repeated again in door and joinery handles.

The gas fireplace sits in a creamy honed concrete block, which is intersected by a dark porcelain bench.

“The porcelain came out during the design process. It’s quite a new thing that we’re working with in terms of the joinery these days,” Sally says.

Repeating such elements inside the space on a more human scale is a concept Sally came upon after much consideration of how residential architecture is actually experienced.

There is an esoteric, overarching experience of architecture, often best experienced either via a digital render or from a great distance away from the property. But the lived experience is much different.

“I had this moment [of realisation] maybe five years ago that too much emphasis is put on architects designing – me, in particular – in the 2D elevation,” she says.

“I was having to drag people down to the back of the block to go, ‘Look back! That’s what it looks like.’ It just isn’t the way that we live in the house.

“It started to become clear that we had to reflect that creativity of that form that we’ve just pushed internally, because we spend 95 per cent of the time [inside] looking out.

“What I’m continually developing is bringing in that external tactility into the stuff that we’re touching and feeling.” 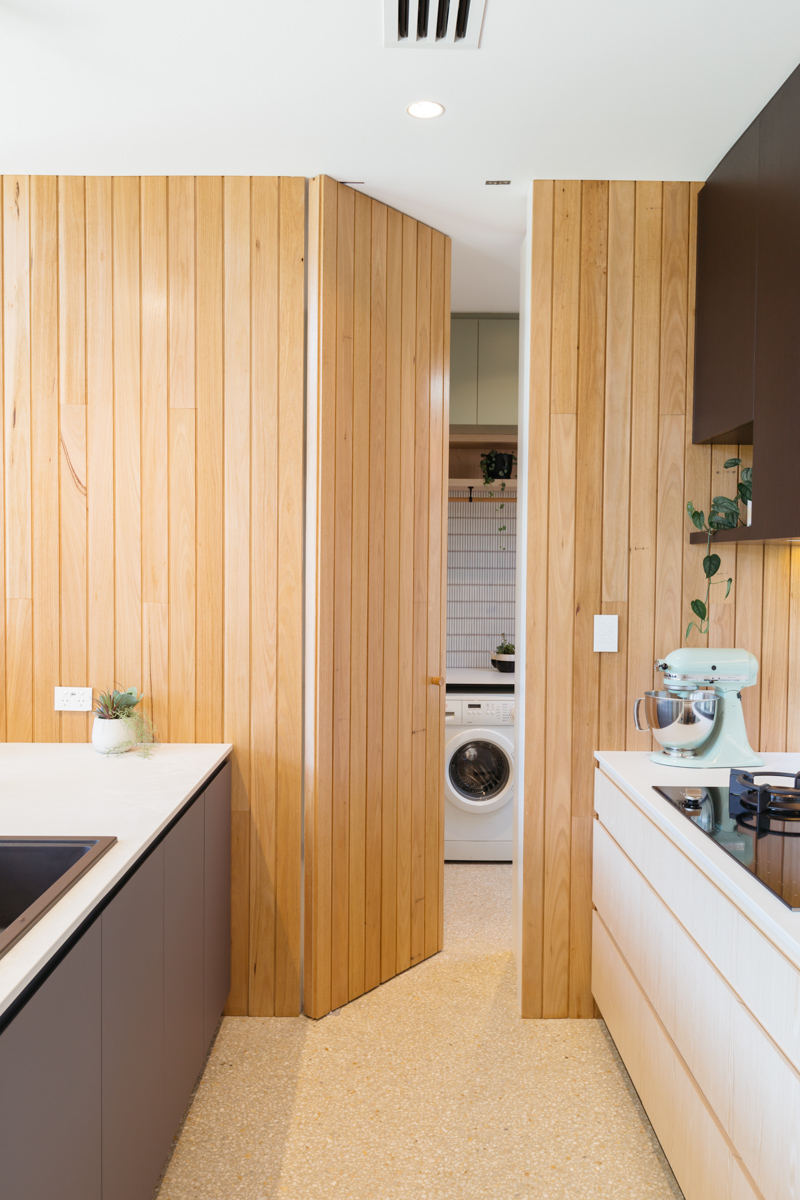 The passage between the original house and the addition is purposefully stark, accented by a black steel door and a step down into the space, marking a clear delineation between old and new.

With the extra space freed up by the addition, the client has gained a bedroom and an en suite, and built their main bathroom into the former dining room.

More importantly, the space is awash with hard-wearing and tactile materials that will hold the memories of the clients’ two kids’ childhoods, making every moment accessible for a lifetime.

“We get so involved in those details with the clients but also with the materials… We’re really passionate about it,” Sally says.

This project began with a site visit in December 2016, and when we tour the space with Sally in January 2020, there is obvious affection still held between Sally and her clients.

The closeness of this relationship is almost an inevitability in a project that occurs over years and has such significance – both financial and personal – for the client. But it is also testament to Sally’s hyper-personal and detailed approach.

“We always start with a really big, quite lengthy chat… We start with them getting to know me, as much as me understanding the way that they live,” she says. 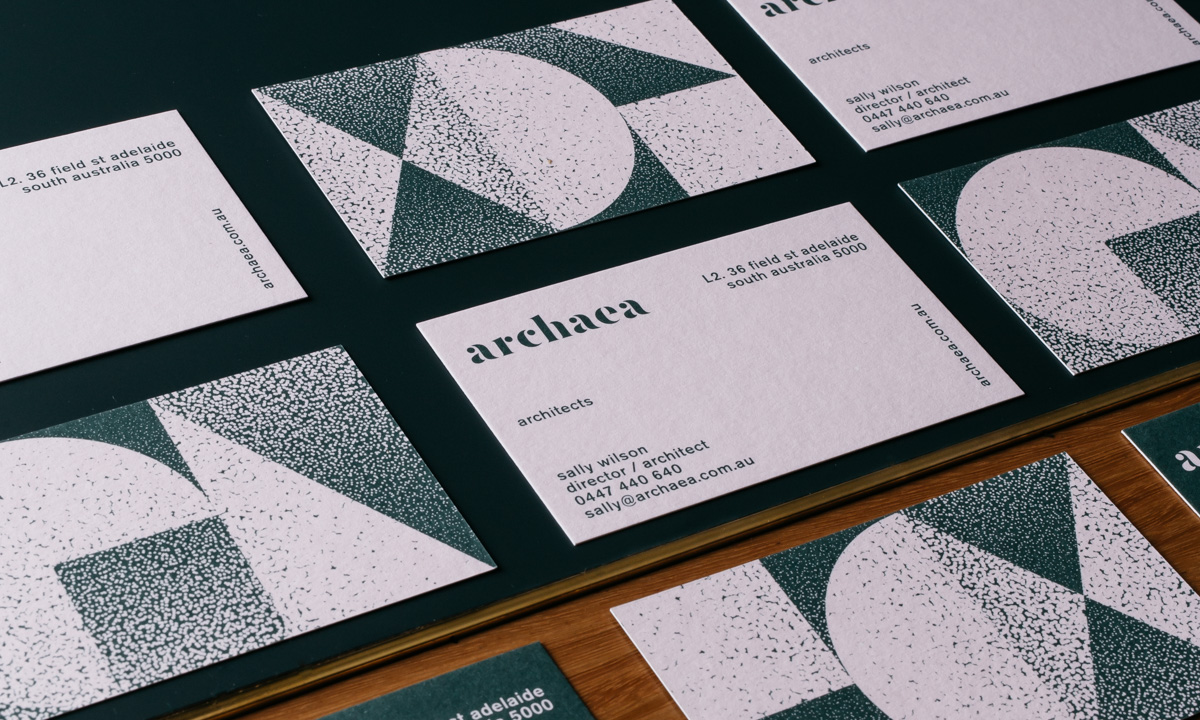 After eight years operating as SW Architects, Sally Wilson has started 2020 under a new identity: Archaea.

“Conceptually, our new name metaphorically reflects the evolution of the business, our adaptability and growth,” Sally says.

“It’s removing SW personally as just a residential architect, and growing Archaea to be, hopefully, known for larger commercial projects.”

The redesign was completed by design firm Woodscannon, with whom Archaea shares a Chinatown office space.

With the expansion of her practice, Sally saw the opportunity to start from scratch and truly capture a vision for the future of her firm.

“It reflects exactly what we hoped it would, in terms of us being organic, tactile, textural, adventurous but organised to a degree – symmetrical but asymetrical at the same time.”